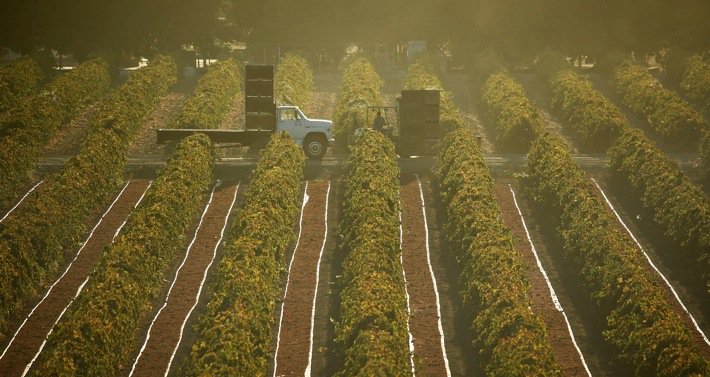 On the 14th February 2020, the Minister of Lands, Agriculture, Water and Rural Resettlement published the Rural Land (Farm Sizes) (Amendment) Regulations, 2020 (No. 2) (SI 41 of 2020) [link] which announced new maximum farm sizes permitted at law in all the agricultural regions in the country.  State-controlled media reported that this designation of farm sizes was meant to accommodate more new farmers on the land expropriated during the Fast Track Land Reform process that started in 1999.

The Government expropriated nearly 12 million hectares of land in the course of that process, but the resettlement of people on the land has been chaotic with no definite figures of how many people or households were resettled, and several hundred cases of multiple farm allocations to the same beneficiaries.  However, there are thousands more Zimbabwean citizens who are clamouring for land and who are looking to be resettled.  It is in this context, apparently, that the Government has sought to amend the maximum permissible farm sizes.

In 1999 the then Minister of Lands and Agriculture published a set of regulations [SI 419 of 1999] under the Rural Land Act which sought to regulate farm sizes according to the “natural regions” in which the farms were situated.  The regions ranged from Natural Region I, an area of high rainfall, to Natural Region V, an area of low and erratic rainfall, and the maximum sizes of farms permitted in each of the regions were as follows:

In 2017 the Rural Land Act was replaced by the Land Commission Act, which retained the earlier Act’s provisions for fixing farm sizes in substantially the same form ‒ though with important differences which we shall deal with later.

Now the Minister of Lands, Agriculture, Water and Rural Resettlement [his title has expanded since 1999] has used his powers under the 2017 Act to alter the regions and the maximum farm sizes, as follows:

The changes the Minister has made with his new SI are the following:

The Government has not offered any explanation for changing the Natural Regions and the maximum permissible farm sizes.  The reason given by State media, that the changes will enable more people to be resettled, seems obviously wrong:  if more people are to be resettled on the land then farm sizes have to be reduced, not increased, to accommodate them.  It is difficult to fathom what other legitimate reason the Government could have for the changes.

Ineffectiveness of the amendments made by the new SI

Whatever the reason for the amendment, the new SI is unlikely to go far towards achieving it because the Farm Sizes regulations of 1999, even with the new amendments, have a very limited application indeed.

The regulations, as their name suggests, apply to farms, and the word “farm” is defined in the regulations as:

“farm” means a piece of rural land, whatever it is used for, which is described as a single piece of land in any deed of grant, transfer or other certificate of title registered in the Deeds Registry

That definition was appropriate in 1999 when much of rural Zimbabwe was taken up with large commercial farms, all of which were registered in a Deeds Registry.  Since the Fast Track Land Reform programme, however, those farms have been seized by the Government and their title deeds ‒ i.e. their deeds of grant or transfer ‒ have been cancelled.  They have reverted to being State land.  The plots or stands allocated to A1 and A2 farmers are not registered in a deeds registry and are not “farms” as defined in the regulations.  Hence the regulations, even with the amendments, do not apply to them.

This makes it even more inexplicable that the Government should want to amend the regulations.

Section 21(2) of the Land Commission Act [link], under which the new regulations were made, gives the responsible Minister powers that are worryingly wide, perhaps not even intended.  The section states that the “appropriate Minister”, i.e. the Minister responsible for State land, may make regulations providing for:

The first two powers ostensibly go no further than those given to the Minister under section 15 of the old Rural Land Act [which, as we have said, was repealed by the Land Commission Act] but there is one important difference:  whereas the Rural Land Act applied only to rural land other than Communal Land [see section 3 of that Act], the Land Commission Act extends to all “pieces of land”, i.e. land registered in a deeds registry, whether they are urban or rural and whether they are used for farming, commercial, industrial or residential purposes.  Hence the Minister can limit the size of stands in urban areas and prohibit people from owning two or more such stands.  It may be doubted if that is what Parliament intended, but that is what the Act says.

The third power listed above, by which the Minister can prevent non-indigenous people from occupying State land, was probably intended to keep white farmers off resettlement land which currently vests in the State.  The power goes further than that, however, and could be used to prevent non-indigenous people occupying State land in urban areas.  And even if the Minister has not exercised the power, the fact that he may do so in the future will render the title of any newly-resettled white farmers rather precarious.

The fourth power, under which the Minister can prevent non-citizens and companies controlled by them from occupying land in Zimbabwe, is more far-reaching and disturbing because it makes the title of any non-citizen anywhere in Zimbabwe extremely precarious.

If Zimbabwe is to attract foreign direct investment, foreigners must be confident that they will have secure title to any property, including land and buildings, which they may acquire here.  Their title cannot be secure if a government Minister has power, at the stroke of a legislative pen, to prohibit them from owning, leasing or occupying land in this country.

If Zimbabwe is to be open for business, the Minister’s powers under section 21 of the Land Commission Act must be repealed or at least severely curtailed.