Zimbabwe will set up a currency stabilization “task force” in a new attempt to end a rout that’s seen the local unit weaken more than 50% against the U.S. dollar on the parallel market in the past two weeks. 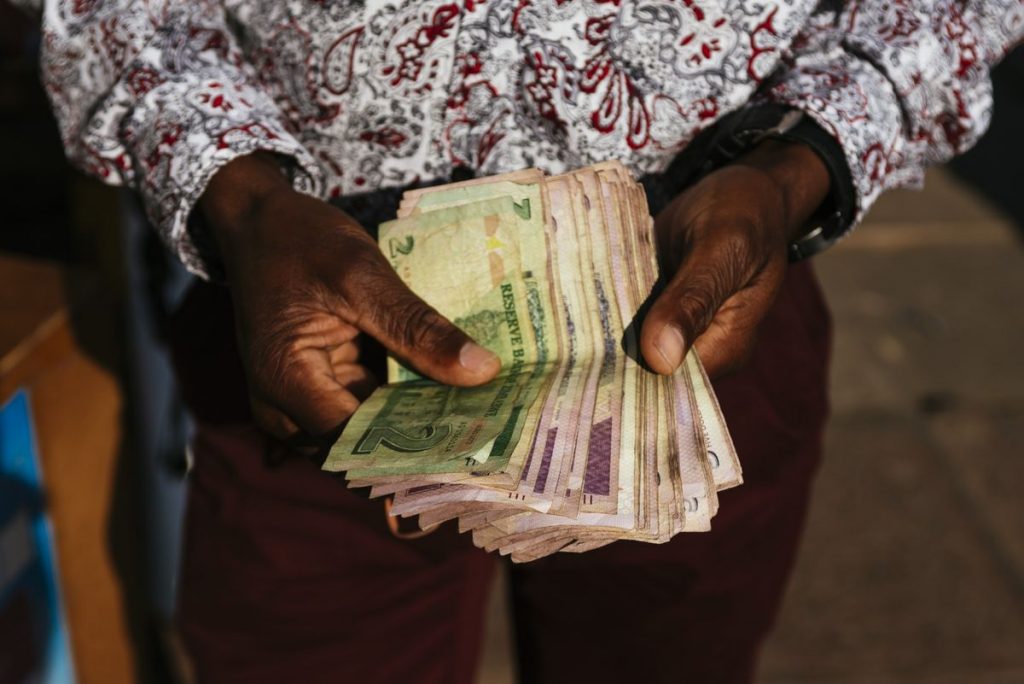 Even having one of the world’s highest central-bank interest rates hasn’t helped to curb exchange-rate volatility amid weak economic growth and triple-digit inflation.

The currency team will be jointly run by the finance ministry and the central bank, Finance Minister Mthuli Ncube told reporters in the capital, Harare, on Wednesday. It will also include members from the bank’s monetary policy committee and the presidential advisory council.

“The task force will meet at least once a week to review the conditions in the markets, monitor the behavior of key variables such as the exchange rate and inflation,” said Ncube, who will be its chairman.

An electronic foreign-exchange system that was also unveiled Wednesday, will start operating on Monday, according to the Reserve Bank of Zimbabwe.

It was due to start immediately, but banks had requested more time “and we still have to formally adopt the rules for the market and the bureaus,” Eddie Cross, a member of the central bank’s monetary policy committee, said in a text message. Fifteen lenders have indicated they will use the platform, Cross said.

The gap between the currency’s official and black-market rates has widened more than twofold. The Zimbabwe dollar slid to 41.5 per U.S. dollar on the black market Thursday, according to marketwatch.co.zw, a local website, while the official exchange rate is 18.3. The central bank kept its key rate unchanged at 35% last month, and annual inflation is estimated at more than 500%.