When farmers were resettled in Gutaurare area by the government during the first phase of the country’s land reform in the 1980s, this part of the country had plenty of surface and groundwater. 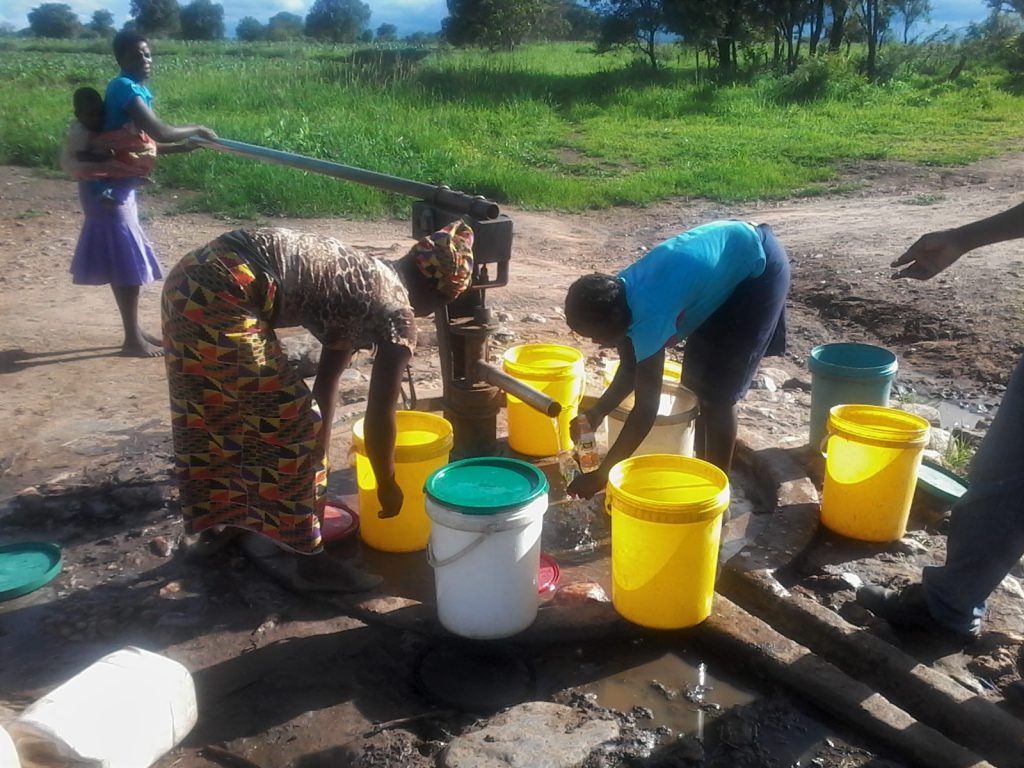 Gutaurare area in eastern Zimbabwe was nourished by a glut of small perennial streams which ran through the vast farming area.

Farmers harnessed abundant water from the streams and wetlands in the area to irrigate their crops.

But the once steady streams are now all parched; so are the immense wetlands, leaving hundreds of farmers with no water for domestic and agricultural purposes.

Worse still, groundwater in the area is fast depleting as well. Many boreholes and wells have gone dry and farmers are both mystified and scared.

But experts say the dwindling surface and groundwater sources were a result of long climate change induced droughts.

Changes in rainfall patterns became noticeable after the 1992 drought, farmers said. This devastating drought nearly three decades ago wiped most of the crops, killing thousands of livestock across the country.

Since then, droughts have become frequent. Hardly half a decade passes without a serious drought affecting some parts of the Zimbabwe. 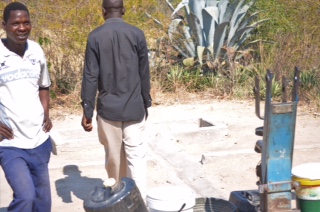 Last year a serious drought ravaged the country leaving more than 60 percent of the country’s population food-insecure, according to UN Special Rapporteur, Hilal Elver, on the right to food.

“We lost most of our maize crop last year and our livestock died in large numbers due to the drought. This current farming season is not any better,” said Madanhire said.

Another farmer in the area, John Mufore said their livelihoods which depend on both ground and surface water were now at risk.

“Our future does not look good. Our water is just vanishing and we don’t even know what to do,” he said.

He said hardly a decade ago groundwater was drawn from wells which were less than 20 metres deep.

“But right now you can go for more than 60 metres deep or more without getting water,” he said.

However, by overusing the groundwater farmers were slowly depleting the underground water resources, said a Netherland based international expert on water.

“As the annual precipitation is not sufficient to recharge the groundwater aquifers (the underground groundwater reservoirs), their levels will slowly decline,” said Niko Wanders, assistant professor, Hydrological Extremes at Utrecht University in Netherlands.

“The groundwater levels will slowly go down and it will become more and more difficult for farmers to rely on the groundwater for farming or domestic uses”.

Wanders said depending on the rate of the groundwater use, farmers would only get this groundwater depletion in drought years when they need the extra water or every year.

And a report by the International Groundwater Resources Assessment Centre (IGRAC) revealed that “climate change becomes of ever greater concern and although this issue is currently getting a great deal of attention, its effect on groundwater is still underexposed”.

IGRAC is an organisation which facilitates and promotes international sharing of information and knowledge required for sustainable groundwater resources development and management worldwide.

“Increased variability in precipitation and more extreme weather events caused by climate change can lead to longer periods of droughts and floods, which directly affects availability and dependency on groundwater. In long periods of droughts there is a higher risk of depletion of aquifers, especially in case of small and shallow aquifers. People in water-scarce areas will increasingly depend on groundwater, because of its buffer capacity,” the report warned.

The report said indirect climate change impacts such as the intensification of human activities and land use changes increase the demand for groundwater.

“Strategic use of groundwater for global water and food security in a changing climate is becoming more and more important. This is another reason why groundwater should have a more prominent role in climate debates”.

However, in an effort to improve water supply in rural areas, the Zimbabwean government through its rural development arm —the District Development Fund (DDF) — had been drilling new boreholes in the country’s ten provinces.

“To this end, a total of 600 boreholes (that is 60 per province) are being drilled. Four boreholes per parliamentary constituency are also being repaired using funds provided by the Ministry of Lands, Agriculture, Water, Climate and Rural Resettlement under the Water Fund,” said information minister, Monica Mutsvangwa late last year.

And the Zimbabwe National Water Authority (ZINWA) is also revamping more than 900 defunct boreholes in drought prone areas across the country.

Zinwa’s spokesperson, Marjorie Munyonga was quoted in The Herald newspaper saying improved access to water by rural communities was critical in addressing issues related to hygiene and sanitation.

The rehabilitation of boreholes also came against the backdrop of the current efforts to fight spread of COVID-19. The disease which originated in China has spread to all parts the world killing more 150 000 people and infecting more than 2 million people by mid April 2020.

But Wanders advised that for sustainable use, it was best to use less groundwater than the normal precipitation in normal years, as this would replenish the aquifers and groundwater levels in those years and create an underground water surplus.

He was however quick to add that, this was a very delicate balance as groundwater abstractions were often not restricted; it was often the case that farmers rather use the cheap groundwater now for themselves.

“As it is a common resource and people have easy access it requires some form of community or government management to make sure that everybody has the same access and rights,” Wanders said.