When asking the question who will win the Bundesliga 2019/2020, there is one team that springs to mind. Of course, it’s the team that has 29 titles to their name, Bayern Munich. 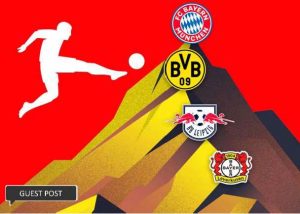 However, some of the most exciting seasons in Bundesliga history have been in recent years when the title race was more open. At the winter break, RB Leipzig and Borussia Dortmund. In March 2020, both teams were within 5 points of Bayern Munich, and its possible one may win the domestic title this season.

Of course, most predictions do focus on Bayern Munich, but it’s worth looking at the other candidates that are vying for the top spot.

This guide looks at the current form and the records of the top teams to guide you with some great Bundesliga tips. Whether you are betting on the final result or making a series of match predictions, this guide has everything you need to know. 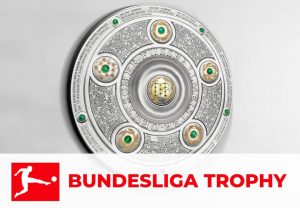 Germany’s top division attracts millions of spectators and thousands of bets each week. It’s one of the world’s most popular leagues, and fans all over the globe are waiting to see who will be the Bundesliga winner this season.

As with any betting strategy or approach, you’ll want to find the best odds and value bets in order to maximize your wins. Here are some Bundesliga betting tips to give you the biggest advantage when picking the top team in Germany.

Pay Attention to the Statistics

Games in the Bundesliga tend to be high scoring, with more than half resulting in more than 2.5 goals, it’s also common for both teams to score. Keep this in mind when looking at placing wagers on specific matches. These stats will also play a role in the goals for and against in the overall standings. There are only five goals between Bayern Munich and Dortmund in second place, on 73, and 68, and third place Leipzig are on 62 goals for.

Your Footy Prediction Needs to Have Value

It’s unlikely that you’ll find the opportunity to make money when betting on Bayern Munich to win the Bundesliga. The team’s track record makes them a favourite, so predicting that they will win won’t lead you to value bets, but it’s a good team to bet on for an accumulator bet.

Several bookmakers offer up the Bundesliga without Bayern bet, which means making German Bundesliga predictions while ignoring the front runner, essentially you’re predicting who will come second. This relies on more knowledge about the season but can lead to bigger profits. For example, Dortmund has yet to lose at home this season, and RB Leipzig has only lost three of the 25 matches played.

Your other option is to bet on another team to win if you think it is possible. For the Bundesliga 2019/2020 winner predictions, Dortmund and RB Leipzig are getting close to the top, but this is a risk the needs research.

Take It From The Tipster

Bayern Munich has won the Bundesliga for the last five seasons, which is a track record that’s hard to ignore. However, the rest of the league has a lot of action to offer and is incredibly competitive.

The attacking style of football is what draws in fans and bettors. Not only does it deliver entertaining games, but it also means you can find excellent odds and some good value bets. The 18 teams in this division are not only fighting for the top spot; they are also looking for a place in the European knockout tournaments.

There are lots of exciting outright bets to be made. Besides the winner of the league, you can look at the top scorer, team to be relegated, as well as choosing who will land the Champions League and Europa League qualifying spots. Check out more Bundesliga predictions.

At The End Of The Day

Each Bundesliga season, the bookmakers look at who won the title last year, and they pay attention to what’s happening in the transfer market. A key signing can have an impact on the high profile teams looking to topple Bayern Munich. While their winning streak continues, they’re bound to be the favorites, upsets and interesting wagers to place along the way.