Zimbabwe’s severe shortage of U.S. dollars is set to worsen as the coronavirus threatens the start of sales of tobacco, its second-biggest source of foreign exchange. 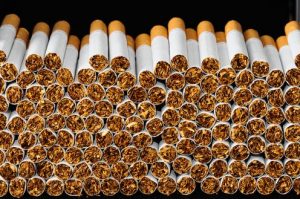 Zimbabwe’s severe shortage of U.S. dollars is set to worsen as the coronavirus threatens the start of sales of tobacco, its second-biggest source of foreign exchange.

“It’s the cash flow that’s the biggest concern for everyone,” Ben Gilpin, executive director of the Commercial Farmers Union, said by phone from the capital, Harare, on Tuesday. “The people that provide finance to tobacco farmers did so until the end of March, with the expectation that from April debts are being serviced, but there is no money now.”

Like its neighbors, Zimbabwe has imposed a 21-day lockdown to halt the spread of the virus. That’s shuttered mines, while remittances from abroad have also declined.

The International Monetary Fund said in its latest Article IV report that the country had $109 million in foreign-exchange reserves, enough for just one week of imports. The southern African nation restricts cash withdrawals and needs foreign currency to pay for goods from food to fuel. The IMF estimated the economy contracted 8.3% in 2019.

Zimbabwe is Africa’s biggest tobacco producer and the crop, which brought in $523 million in income last year, is the nation’s largest source of revenue after mining.

Tobacco sales scheduled to start on April 22 had already been delayed by a regional drought and disagreement between growers and the central bank over payment. That date is now expected to be postponed as the world continues to grapple with the spread of the pandemic. Zimbabwe has 10 confirmed cases of Covid-19.

Even if the lockdown is lifted, social distancing rules will make the usual sales where tobacco farmers throng auction floors for months, unlikely.

“Health comes first before wealth and as an industry we need to decide on plan B,” said Rodney Ambrose, chief executive officer at the Zimbabwe Tobacco Association. “For the farmers, tobacco is their livelihood and foreign currency is generated from these sales.”

An option could be “to decentralize sales at district level” to avoid an influx of tobacco farmers into Harare, he said.

The association estimates a crop size of 240 million kilograms and Ambrose said tobacco prices this year were expected to be higher due to better quality.