The country is clamping down on second-hand clothes imports over Covid-19 spread. 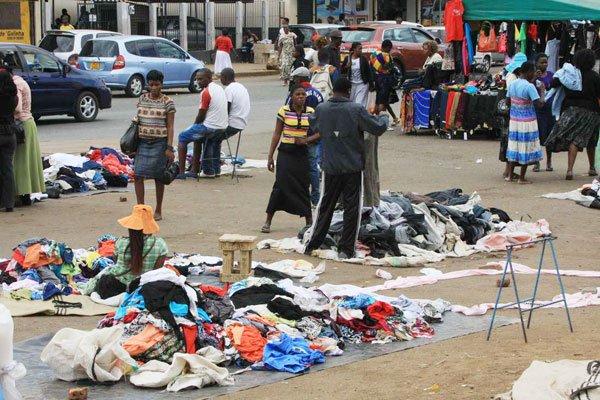 Second-clothes are a major source of income for informal traders in Zimbabwe. PHOTO | FILE

Zimbabwe is clamping down on second-hand clothes imports as cross-border Covid-19 coronavirus infections and smuggling surge.

Cross-border traders, who make their living from buying and selling goods sourced from neighbouring countries, are defying lockdown regulations to illegally cross into countries such as South Africa and Mozambique, according to authorities.

Monica Mutsvangwa, the Minister of Information, said smuggling activities especially along the vast Mozambique border pose a serious threat as imported coronavirus cases are on the increase.

“An increase in the smuggling of second-hand clothes into the country through border posts with Mozambique such as Mt Selinda and Sango poses unprecedented danger of spreading Covid-19 by to those who wear them,” Mrs Mutsvangwa said following a Cabinet meeting on the issue last week.

“The government will upscale the enforcement of the law banning the importation of second hand-clothes,” she added.

Zimbabwe first banned the importation of second-clothes in 2015 to protect the country’s textile industry, but relaxed the restrictions two years later as it is a major source of income for informal traders hit hard by the collapse of the economy. Traders source bales of the clothes from Tanzania, Mozambique, South Africa and Zambia to resell to locals whose shrinking sources of income make it difficult for them to buy brand new clothes.