Gaming has always been a popular entertainment pastime. However, gaming has a special place in the gamer’s heart because the gaming community nowadays is counting many new members. 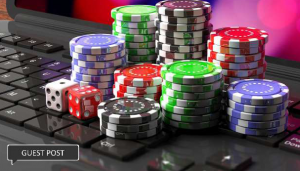 Gamers are loyal fans to their favourite video game and keep notified about every news from the gaming world. It has easily transformed from a hobby to a real passion that gamers from all around the world can’t live without. Gaming has gone through a lot of changes and improvements to the form as we know it today.

Technology has always played a big role in changing people’s lives and society for the better. We have witnessed some of the highest technological advancements of this century implemented in the gaming world. The gaming consoles have been simplified, the gaming equipment has never been more accessible and it has been upgraded to a whole new level. Gaming will never be the same after some of the newest technological advancements, such as augmented and virtual reality.

VR stands for virtual reality and it’s a relatively new technological discovery, which has found its place in the gaming world. It creates an immersive, outlandish gaming experience that resembles reality to a high level. It makes the gaming experience more adventurous and exciting that players are truly inspired by. However, VR gaming requires some extra gaming equipment, such as VR headsets, gloves with sensors, and hand-controllers. While the whole gaming experience sounds more complicated, it is definitely worth it giving it a try because the gaming experience is simply out of this world.

Virtual reality gaming also requires that players use advanced PC devices or standalone systems that can power the VR headsets from some of the top gaming manufacturers, such as Oculus Rift, Lenovo Mirage Solo, and HTC Vive. Now, the gambling world is also trying to implement this technology in the online gaming world to make the gambling experience appear as realistic as possible.