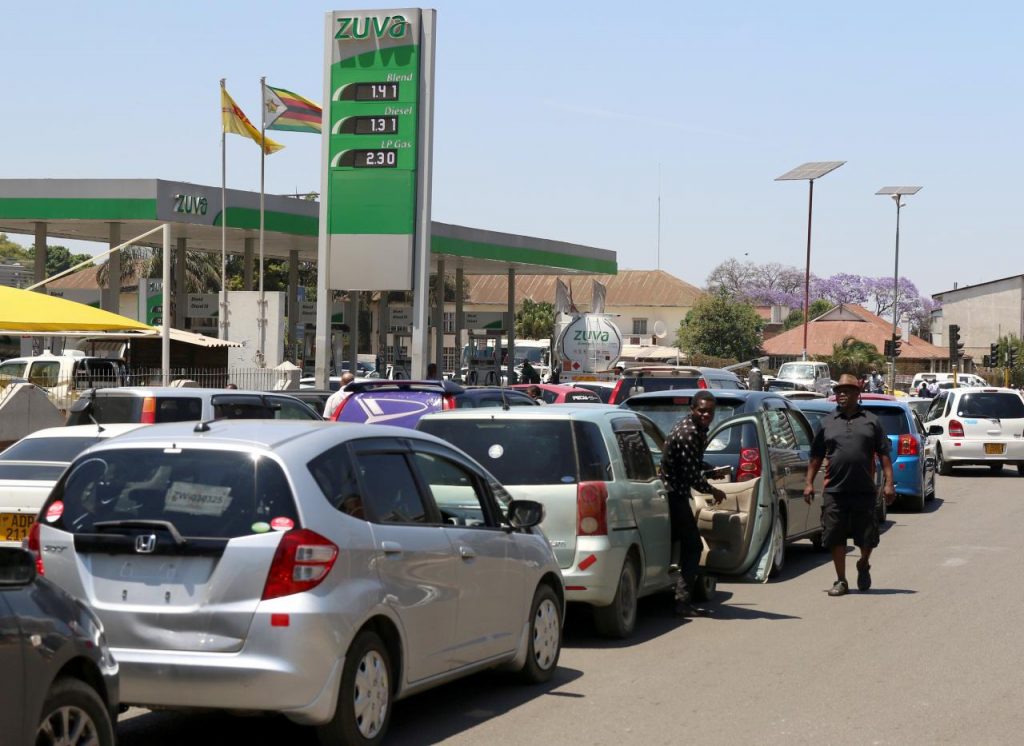 The plan, which will end an effective subsidy, will take place as early as June 23 when a currency peg is removed and an auction system for foreign exchange is set to begin, the people said, asking not to be identified because a public announcement hasn’t been made. The plan may be implemented a week or two later when its clear how the new system is working, one of the people said.

The move is an attempt to save the government $100 million of foreign exchange. The country has been beset by persistent fuel shortages as the central bank doesn’t have the money to pay for adequate imports.

The central bank currently provides letters of credit each month to fuel-importing companies. The letters of credit had been issued at a fixed exchange rate of 25 Zimbabwe dollars per U.S. dollar, compared with a black market rate that’s almost four times that.

John Mangudya, the central bank governor, didn’t answer calls seeking comment. “The finance ministry is looking at the exchange rate and they are best placed to comment on the fuel subsidy issue,” Energy and Power Development Minister Fortune Chasi said by phone.

George Guvamatanga, the secretary for finance, didn’t immediately reply to a request for comment.

The southern African nation requires 1.4 million liters (370,000 gallons) of gasoline and 2.5 million liters of diesel daily, according to the Zimbabwe Energy Regulatory Authority.

Earlier this month, the central bank also canceled a gold-subsidy program, flagged by the International Monetary Fund as contributing to excessive money supply which had weakened the Zimbabwean dollar.