Zimbabwe’s white commercial farmers, who were violently evicted from their land in a series of invasions that began two decades ago, said they have been offered $3.5 billion to settle their dispute with the government. 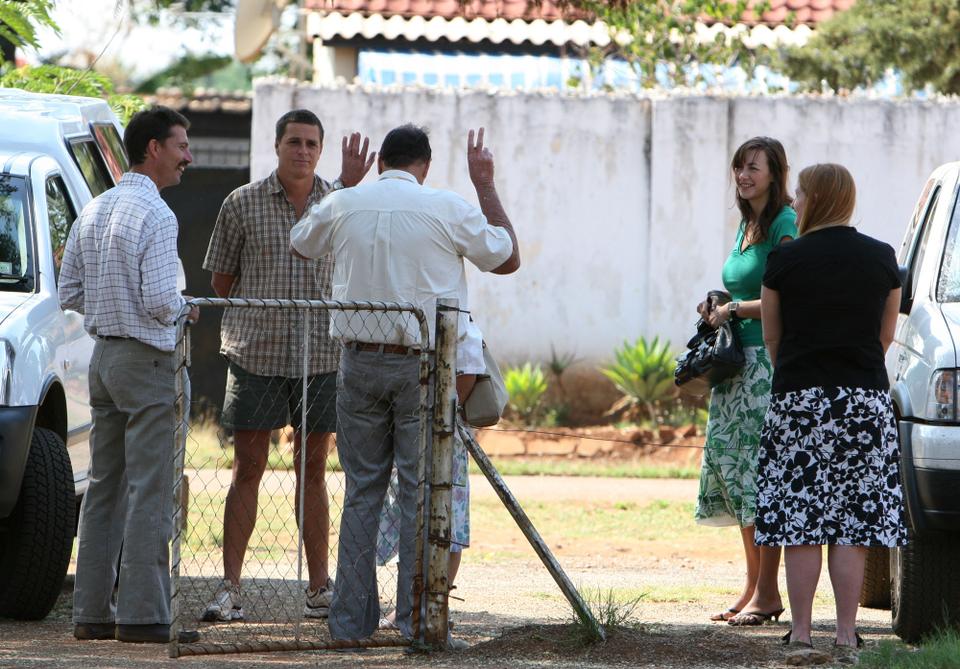 Some of the 11 Zimbabwean white farmers are seen after their court hearing in Chegutu, Zimbabwe Wednesday, Oct. 31, 2007. The farmers were brought to court to answer charges of breaching land laws by defying a government eviction order. The trial date was postponed to a later date. (AP)

The offer is for improvements and assets on the more than 4,000 farms that were seized and doesn’t pertain to the land itself, said Ben Gilpin, director of the Commercial Farmers Union. An agreement is yet to be reached. The CFU represented most large-scale farmers in the southern African nation.

Neither Zimbabwe’s agriculture minister nor officials in the finance ministry immediately answered questions sent to their phones Wednesday and it’s not clear where Zimbabwe would find $3.5 billion. The country is battling inflation of almost 800% and dealing with shortages of currency, fuel and food with over 90% of the population out of formal employment.

Dispossessed farmers had been seeking $10 billion, but that was 15 to 20 years ago. Zimbabwe’s government maintains that the U.K., the former colonial power, should help pay the farmers. That’s unlikely to happen because the U.K. and most western governments criticized the seizures and the allocation of the properties to senior members of the ruling Zimbabwe African National Union-Patriotic Front party — alongside allegations of human rights abuses.

The offer is an attempt to draw to a close a dispute that tipped Zimbabwe’s economy into freefall by slashing export income and incurring sanctions from the U.S. and European Union. Zimbabwe’s rulers maintain that the land was taken forcibly during colonial times and needed to be returned to Black Zimbabweans.