At Independence in 1980, Zimbabwe inherited a system of agriculture based on several main pillars – first was a basic division of the available agricultural land into three parts – 16 million hectares under commercial farm occupation by about 6 000 large scale farmers – mainly of European extraction. 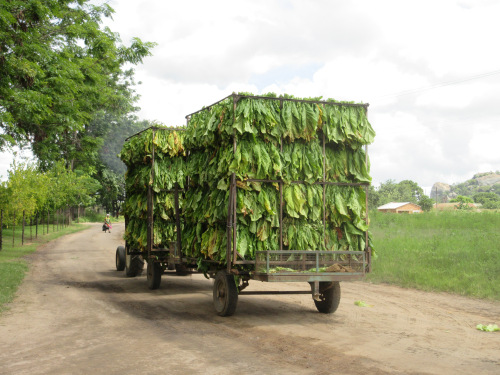 Then another 16 million hectares under tribal occupation administered under communal tenure by the countries Chiefs and Headman. They had about 600 000 individual families in occupation. The third group was a community of some 23 000 former “Master Farmers” and civil servants who had been granted small farms under freehold tenure and occupying about 3,5 million hectares.

By 1997, the large scale commercial farm sector had changed significantly with the former farmers of European extraction declining to about 4 800 and some 1 200 farms now owned by black farmers largely of Zimbabwean origin. The area under freehold title and under commercial farmer management had reduced to about 12,5 million hectares, the balance having been settled on a willing seller/willing buyer basis by the State.

Agriculture had been the fastest growing sector of the economy after Independence with growth rates about 10 to 15 per cent per annum. It contributed half of all export earnings, a third of employment and 60 per cent of all industrial output was dependent on this industry. Zimbabwe was self-sufficient at prices below regional levels. At this stage the farm industry in Zimbabwe was regarded as one of the most advanced in the world.

Then the wheels came off, with his grip on power threatened Mr. Mugabe turned on the industry in his search for control of the rural areas and in the process he forcibly took over 8 million hectares of land held under freehold title by largely white Zimbabwean farmers. The process gutted the industry and output declined by two thirds, the wider economy crashed and by 2008 Zimbabwe was a failed State, its people impoverished and three quarters of the population on food aid.

The white African farmers were naked in a blizzard, they had invested all they had in their beloved farms, had enjoyed a very high standard of living and suddenly found themselves on the street with barely the clothes they stood up in. A quarter were the descendants of Second World War soldiers and fighter pilots settled here by a Britain at the end of the war on land grants made available by the Rhodesian Government using State land. To add insult to injury the Zimbabwe Government forced the displaced farmers to pay severance pay to their workers who were also left destitute.

No one came to their aid, the international Community, led by Britain stood silently by as this crime was committed. It was a crime because these farmers had invested in their farms under the independent Government of Zimbabwe, protected by a legal system and a Constitution drafted in the august halls of London. It made no difference and these investors rights were simply swept aside.

Alone, the affected families began their fight for justice. They employed the top asset value agencies to determine, in great detail what had been taken from them. Aided by modern technology and satellite images the details of every farm were recorded, buildings, fencing, dams and all other assets were recorded in what must surely go down in history as one of the most extensive attempts to value farm assets in the world. In this process the companies concerned spent millions, assisted in small part by grants made by some international agencies that had something of a conscience.

Then the long lonely road of seeking help from the Judicial system. They started in the Courts of Zimbabwe and then the region, then they turned to the international system of commercial arbitration. In a succession of tightly argued cases they won the support of the judicial system across the world – it made no difference.

When finally, the regime of Mr. Mugabe was overthrown by a military assisted operation in 2017, the new Government made the commitment to pay compensation to the affected farmers. In keeping with legislation adopted after 2000, the commitment was to pay out to these investors the value of the improvements on the farms taken over during the “Fast Track Land Reform” programme. This was welcomed by the international Community as it would at least get them off the hook in any sort of moral basis. The only principled position came from the multilateral agencies of the World bank and the IMF who argued that the programme had violated the principle of security of assets and reinforced this by saying compensation was a precondition to re-engagement by the Zimbabwe authorities.

Despite opposition from the hard liners in his Party, the new President, Emmerson Mnangagwa has stuck to his undertakings and has got his Officials to engage with the representatives of the former farmers. On Monday (tomorrow) this long process comes to a head with a meeting in Harare where hundreds of the members of the families and companies involved gather in a local Church to hear what final position has been negotiated on their behalf.

I do not know what the final agreement looks like but I know the people who were negotiating on behalf of the people concerned. I have worked with the Compensation Committee since its formation and have known many of the affected people as friends and colleagues for many years. I have sat with a farmer while his life work was taken from him and then helped him pack a few bags and watch as he shot his dogs and drove down the road to his farm for the last time. When he died several years later we had to help pay for his funeral.

No amount of money is going to compensate for these losses, let alone the deaths of some farmers who simply refused to go quietly. But we are now at the point of decision on behalf of all those affected. I cannot possibly stand in the shoes of those who have to make this decision but I do know those who have negotiated this deal.

The Compensation Committee is made of men and women who are of the highest integrity and commitment and I know they have invested hundreds of hours in this process all at their own cost. If they endorse the deal on Monday, I would vote to support them because I know they have done their best. I know the Civil Servant who has led this process to this point and I can also say he is a man of the highest integrity and that he has agonised over this issue and fought for justice. With him on the other side I would also say that the State has been well represented and this is the best that they can do.

It is never going to be enough, the farmers in the ranching areas held land rather than improvements and they will be short changed and if I had any influence with Britain I would say that they have an obligation to augment and facilitate this deal on moral grounds. But at this time and for now I would sign this deal on Monday and say to all concerned it’s time to get on with our lives.