The flickering hopes for a new Zimbabwe have now been extinguished. 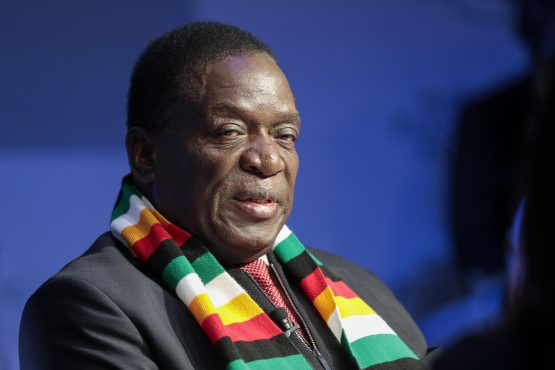 A year ago this week, Zimbabwean President Emmerson Mnangagwa strained credulity when he declared in a Bloomberg TV interview, “We have rejoined the family of nations.” The international community was already losing patience with his inability to deliver economic reforms, and Zimbabweans were complaining of a steady erosion of the political freedoms that had come with the 2017 military-led ouster of the dictator Robert Mugabe.

Indeed, in some respects the new president, who revelled in the nom de guerre “the Crocodile,” was proving worse than his former boss.

The flickering hopes for a new Zimbabwe have now been extinguished. Mnangagwa, cracking down on dissent at home and waving off criticism from abroad, is practically indistinguishable from Mugabe. And the “family of nations” is letting its dissatisfaction be known.

In an unusually blunt joint statement last week, the governments of the US, Britain and five other European nations, said Mnangagwa’s administration was using the coronavirus pandemic as an excuse to restrict citizens’ freedoms. It was neglecting corruption and failing to prosecute those responsible for human-rights violations. “The Zimbabwean people have the right to engage in dialogue to build a better future for their country,” the statement said. “But the necessary discussions have so far been hindered by unhelpful rhetoric and blame assigned to several groups.”

The statement came days after the arrests of the investigative journalist Hopewell Chin’ono and opposition politician Jacob Ngarivhume, ahead of planned anti-corruption protests. They were accused of “incitement to participate in public violence.” The US embassy in Harare tweeted that the government was prosecuting Chin’ono and other activists “instead of the culprits” responsible for the corruption.

The Mnangagwa administration has accused US Ambassador Brian Nichols of “casting aspersions on the Zimbabwe government and dabbling in local politics.” It’s a far cry from last fall when the president asserted on Bloomberg TV that relations were the best they’d been in decades.

It isn’t just Western nations that are raising red flags about the deterioration in Zimbabwe. Neighboring South Africa has expressed alarm at reports of human-rights violations. President Cyril Ramaphosa sent special envoys to Harare last month, offering to help Mnangagwa address his challenges. They were told there was nothing to discuss, and that they had no business interfering in Zimbabwean politics.

But even as Mnangagwa tries to keep the world at bay, Zimbabwe’s economy desperately needs an international intervention. Food and fuel scarcities are chronic, and power and water shortages have worsened. Last year’s drought, the worst in a generation, left deep scars. The Zimbabwean dollar, reintroduced last summer after a 10-year hiatus, is in serious trouble. In another echo of the Mugabe era, annual inflation in Zimbabwe accelerated to 837.53% in July.

The Crocodile, meanwhile, has talked up $27 billion in planned investments, in everything from platinum mines, steel mills and hydropower dams to abattoirs. The government has proposed to issue a 30-year bond in international markets to raise $3.5 billion to compensate White farmers evicted from their land by Mugabe two decades ago.

But these are pipe dreams. Foreign investors and lenders are not buying Mnangagwa’s claim that “Zimbabwe is open for business.” The country has defaulted on its loans since 1991, and currently owes nearly $8 billion to financial institutions, including the World Bank and the African Development Bank.

Without international support, Zimbabwe’s top treasury official has warned, there is little hope of reviving the economy and containing inflation. But Harare is in such a bad spot that Zimbabwe has even been denied a share of the $50 billion pot that the International Monetary Fund made available to help low-income and emerging economies soften the economic blow of the coronavirus pandemic. Ncube has been able to raise just $200 million from donors and governments.

But Mnangagwa is unwilling to undertake the political reforms necessary to secure assistance from the international community. He has shown little appetite for taking on those who benefit most from the institutionalised corruption of the Mugabe years — including his political allies and the military leadership that helped him secure the presidency. He remains in fear of being toppled, as his predecessor was, in a military coup. His deputy, Constantino Chiwenga, is the former chief of the armed forces.

The Crocodile had been hoping the “family of nations” would fatten the proverbial calf for the returning prodigal. But the family has made its terms clear. Mnangagwa cannot sit at the table before first cleaning his hands.