HARARE – The Zimbabwe Electricity Transmission & Distribution Company (ZETDC) on Wednesday raised electricity tariffs by 50 percent, as it warned there would now be tariff reviews every month in line with inflation and currency exchange rate movements. 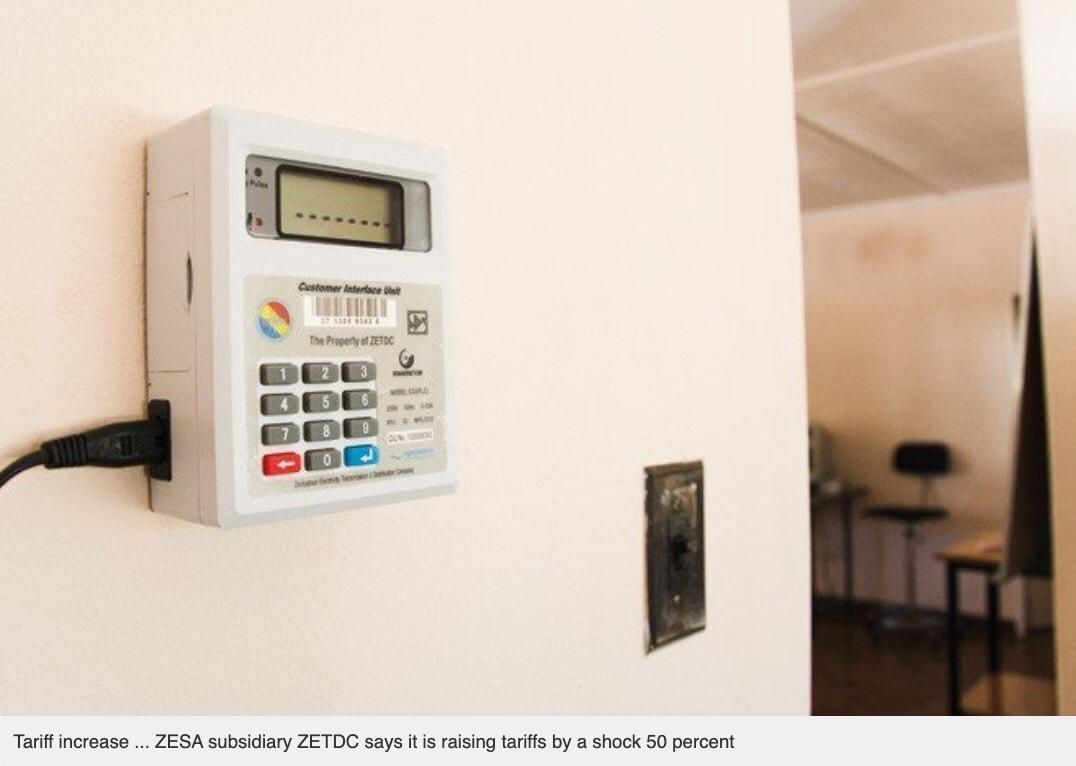 Power utility ZESA, the holding company of ZETDC, said earlier this week that its “sub-economic tariffs are by far the lowest in the region”, adding that it was now struggling to generate power or finance imports after accumulating liabilities of US$82.6 million.

In a statement announcing the increase, ZETDC said the adjustment was “in accordance with the tariff award of October 2, 2019, which approved implementation of a monthly tariff indexation (combination of inflation and currency exchange rate) formula for changes above 10 percent.”

“These prices will be reviewed monthly,” ZETDC added.

Most households use between 201 and 301 KwH on average every month, a new tariff band introduced by former energy minister Fortune Chasi to ease the burden on struggling families whose salaries have not kept up with inflation of over 700 percent.

Power users in that band will see a change from Z$2.94 per kilowatt consumed to Z$4.41 – representing a 50 percent increase.

ZESA said it owed millions to coal suppliers for its coal-powered power station at Hwange, and the Zambezi Water Authority for its hydro power drawn from the Kariba Dam. It is also battling to extinguish legacy debts with Mozambique and South Africa’s state-owned power utilities to unlock more exports.