HARARE — Foreign white farmers settled in Zimbabwe whose land was seized under Robert Mugabe can apply to get it back and will be offered land elsewhere if restitution proves impractical, the government said on Monday. 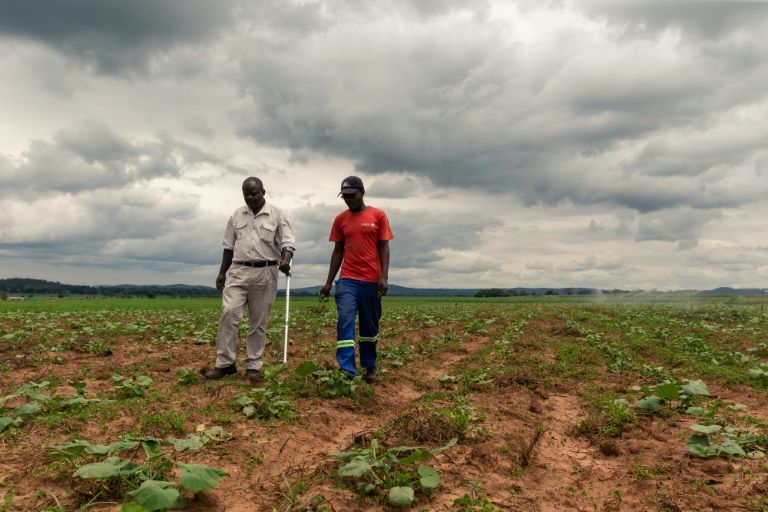 For Zimbabwean farmers like Benard Chinyemba (L), 60, a qualified mechanical engineer who was offered a farm during Zimbabwe’s land reform, the programme is a success (AFP Photo/Jekesai NJIKIZANA)

Last month, Zimbabwe agreed to pay $3.5 billion in compensation to local white farmers whose land was forcibly taken by the government to resettle Black families, moving a step closer to resolving one the most divisive policies of the Robert Mugabe era.

Under Zimbabwean laws passed during a short period of opposition government but ignored by Mugabe, foreign white farmers protected by treaties between their governments and Zimbabwe should be compensated for both land and other assets.

In that regard, Finance Minister Mthuli Ncube and Lands and Agriculture Minister Anxious Masuka said in a joint statement that these farmers should apply for their land back.

That means, in some instances the government would “revoke the offer letters of resettled (Black) farmers currently occupying those pieces of land and offer them alternative land elsewhere,” the ministers said.

But removing the Black beneficiaries from the land could prove practically and politically difficult.

“Where the situation presently obtaining on the ground makes it impractical to restore land in this category to its former owners, government will offer the former farm owners alternative land elsewhere as restitution where such land is available,” the statement said.

The ministers said other white farmers whose land had been earmarked for acquisition by the government but were still on the properties, can apply to lease the land for 99 years, just like their Black counterparts.

President Emmerson Mnangagwa has said the land reform could not be reversed but paying of compensation was key to mending ties with the West.

The programme still divides public opinion in Zimbabwe, where the number of white farmers has dropped to just over 200 from 4,500 when land reforms began 20 years ago, according to the predominantly white commercial farmers union.

Opponents see the reforms as a partisan process that left the country struggling to feed itself, but its supporters say it has empowered landless Black people.