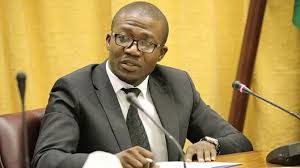 Zimbabwe had not been spared from the smuggling schemes to move banned ODSs and contaminated refrigerants across the borders, said Zimbabwean Environment Minister Mangaliso Ndlovu.

“My Ministry is working with the Zimbabwe Revenue Authority to train Customs Officers and equip them with tools and skills to combat illegal trade in ozone depleting substances,” said Ndlovu.

“A total of 16 refrigerant identifiers were distributed to all major ports of entry to help in the detection of mislabeled or contaminated refrigerants,” the minister said in a speech to mark this year’s International Day for the Preservation of the Ozone Layer.

“Since January 2010, over 350 cylinders of contaminated and mislabeled refrigerants have been seized at our ports of entry,” he said.

The day was designated by the United Nations General Assembly in 1994 for all nations of the world to reflect and take action against the depletion of the stratospheric ozone layer.

Zimbabwe is a signatory to the Montreal Protocol on Substances that Deplete the Ozone Layer which was signed on Sept. 16, 1987.

The theme for this year’s Ozone Day commemorations is “Ozone for life: 35 years of ozone layer protection”.

“These reductions at national level have contributed to the global efforts to preserve the ozone layer and the global climate system,” the minister said.