Zimbabwe is expecting to harvest about 220,000 metric tons of winter wheat this year, more than double last year's output due to increased government support to farmers, the agriculture ministry said Wednesday. 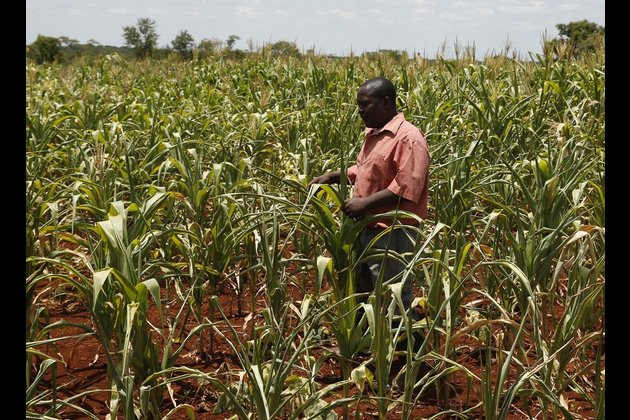 He said harvesting and marketing of the wheat were officially opened on Sept. 10 by the Grain Marketing Board (GMB), the sole buyer of the cereal.

He said the government will adequately capacitate the GMB so that it pays farmers timeously.

The minister said going forward, there is a need to augment the winter wheat program with a vibrant summer program, through enhanced participation of the private sector.

He said according to the government’s agriculture recovery plan, at least 40 percent of agro-players such as grain processors, millers, and stock feed manufacturers must secure their agricultural raw materials locally through value-chain financing.

“The benefits of this approach are indeed multifarious, including foreign currency savings through import substitution, employment generation, local farmer capacitation, and risk reduction,” he said.