The organisers of ZimThrive have announced that the event will now take place in December 2021. 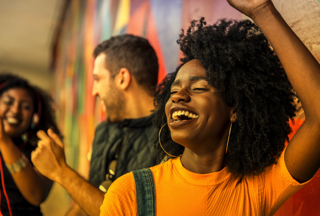 In the wake of the coronavirus pandemic, the month-long event, which was initially set for April of this year, was postponed as a result of ongoing travel restrictions and lockdown measures still in place in various parts of the world.

Mildred Munjanganja, the founder of the diaspora organisation, said the team had planned to move it to December 2020 but with the unprecedented uncertainty, moving it to the end of 2021 is now the only viable option.

“It has not been an easy year and the pandemic has impacted our lives in a way we did not expect. However, what it has also allowed us to do is to go back to the drawing board, revisit our plans, and prepare for a month-long event that is anticipated by all.”

ZimThrive has been established to unite Zimbabweans who live in various countries around the world and encourage them to gather in the southern African country at the same time, with the aim of reinforcing unity, building new and old friendships, and creating a stronger and self-sufficient nation that was once the breadbasket of Africa.

Mike Tashaya, a co-founder of the initiative said that despite having to postpone ZimThrive in April – which marked the 40th anniversary of Zimbabwe’s independence – the platform is still creating engaging content and dialogue as it prepares to host one of the biggest events to ever happen in the country.

The programme will showcase empowering stories of Zimbabweans around the world, as part of a focused campaign aimed at celebrating and showcasing talent, and rewriting the narrative.

Thrive Time, presented by Miss Ireland International, Blessing Matanda, KapCity and TrixX will air every Wednesday on the ZimThrive Facebook page. The show has so far featured former Noisettes vocalist and bassist, Shingai Shoniwa and Tamy Moyo. Amapiano singer ShaSha, Axcil Jeffries and Trevor Dongo are also set to appear on the show in the next few weeks.

“Thrive Time creates an opportunity for us to increase the profile of upcoming entrepreneurs, professionals, musicians, artists, as well as highlight the extraordinary work that is being done by established Zimbabwean brands and public figures around the world,” said Tashaya.

“We have a line-up of guests in the coming weeks who have a strong presence in their various sectors around the world and who are driven, not only by their passion for their craft but by their love for Zimbabwe and their desire to contribute to putting Zimbabwe back on the international map again,” he added.

Meanwhile, ZimThrive is currently working with a number of local and international stakeholders and partners who are planning to host events in Harare, Bulawayo, Victoria Falls, Nyanga, Masvingo, Gokwe, and Kariba, among other destinations, from 1-31 December.

In line with driving investment opportunities into the country, ZimThrive is also working with a number of public figures and influencers to develop the ground-breaking venture and also seeks to engage with alumni from a wide range of high schools, FE, and HE institutions to draw participants, by relaunching the school reunion initiative. They are calling all schools in Zimbabwe to come on board and host reunions at their respective schools next year.

The campaign is an inclusive project to encourage both local and international alumni to work closely with their former schools and to help boost engagement in the education sector in Zimbabwe as well as for schools to fundraise and get support in rebuilding their institutions.

Sponsorship opportunities are available and details of the packages can be found on the ZimThrive website.

Travel and tour packages are also being renegotiated, and travel and tourism companies are being encouraged to partner with ZimThrive as the sector, like others, begins to recover from the economic impact of Covid-19.

While the country has faced turmoil for the last three decades, Mildred and Mike believe that through the apolitical initiative, Zimbabweans overseas can come together to rebuild the country through positive engagement and promotion through tourism.

Members of the public who are interested in participating and would like to host an event, or keep up to date with the organisation’s activity, can register their interest at www.zimthrive.com  or email [email protected]