Rawalpindi:  Pakistan’s captain Babar Azam won the toss on a dry, sunny day as host elected to bat on a slightly green-tinged pitch in Rawalpindi. 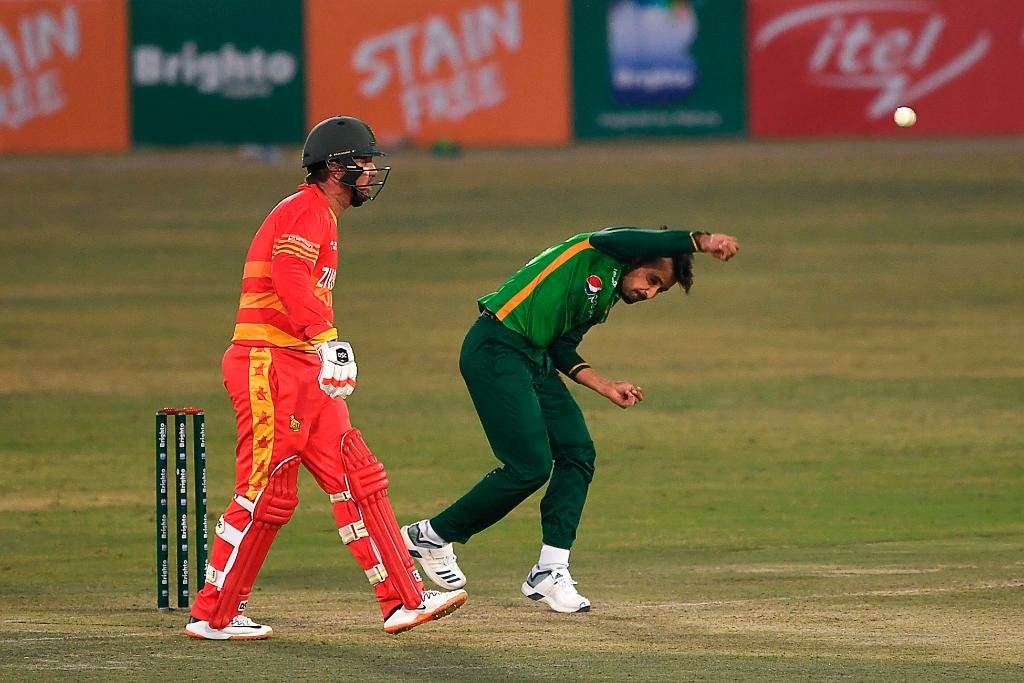 Pakistan’s opener Abid Ali was the first to be sent back to the pavilion in the tenth over with 21 runs. Zimbabwe take second wicket of Pakistan’s captain Babar Azam at total of 89 runs on the ball of Muzarabani. Host’s Second opener Imamul Haq completed his fifty and run out with Sikandar Raza at 58 runs.

The next casualty was Mohammad Rizwan who fell in the 37th over after scoring a 14 and was followed by Iftikhar Ahmed (12) in the 41st over. Haris Rauf debuts and scoring his first fifty at RCS and catch-out at 71 runs with bowling of Sikandar Raza.

For Zimbabwe, Blessing Muzarabani and Tendai Chisoro took two wickets each, while, Carl Mumba and Pakistan-born Sikander Raza took one wicket each to restrict Pakistan to 281.

Zimbabwe faces difficulties in start of their innings when Pakistan pacer Shaheen Shah Afridi claimed Zimbabwe’s both the early wickets for 21 in five overs. Zimbabwe opening batsmen Brian Chari returned back to pavilion at 2 and Chamu Chibhabha at 13 runs. Later on, Imad Wasim has made a breakthrough dismissing Craig Ervin when Zimbabwe was 99 in the 22nd over.

Taylor done smoothly his 11th ODI Hundred with 9 fours and 3 six in 106 balls only. Brendan Taylor completes his century as he becomes the Zimbabwean with most hundreds (17) across all formats.

Brendan Taylor catch-out on the ball of Shaheen Afridi at 112 runs and Sikandar Raza returned back to pavilion at 8 runs only.
Zimbabwe team all-out at 255 runs, Despite all efforts, the Zimbabwean team failed to cross Pakistan’s target in first ODI of the Series in Rawalpindi. Zimbabwe face again Pakistan on 1st November 2020 on Sunday.
Before today’s match, Pakistan and Zimbabwe have faced each other 59 times. The green shirts have won 52 and lost four of those encounters with one tie and two no-results.
Both teams are opening their World Cup Super League campaigns after the International Cricket Council introduced the competition to bring context to ODI cricket.

The top seven teams in the league will directly qualify for the 2023 Cricket World Cup in India. The league features 13 countries playing four home and away three-match ODI series.

Team Zimbabwe will also play three Twenty20 Internationals at the same venue during this tour of Pakistan.