The Zimbabwean cricket team will have to spend October 21-27 in quarantine in Islamabad, according to sources here. 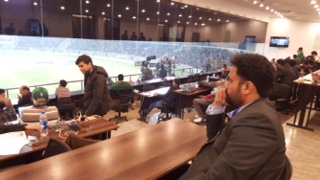 The team will practice at the International Cricket Stadium in Rawalpindi during the quarantine.

A schedule has been issued in this regard, stating that the team will practice in the stadium daily from 10:30 a.m. to 2:00 p.m.