Pakistan registered another eight-wicket win over Zimbabwe in the second T20I in Rawalpindi. The hosts now have an unbeatable 2-0 lead in the three-match series with the dead-rubber game to be played on Tuesday. 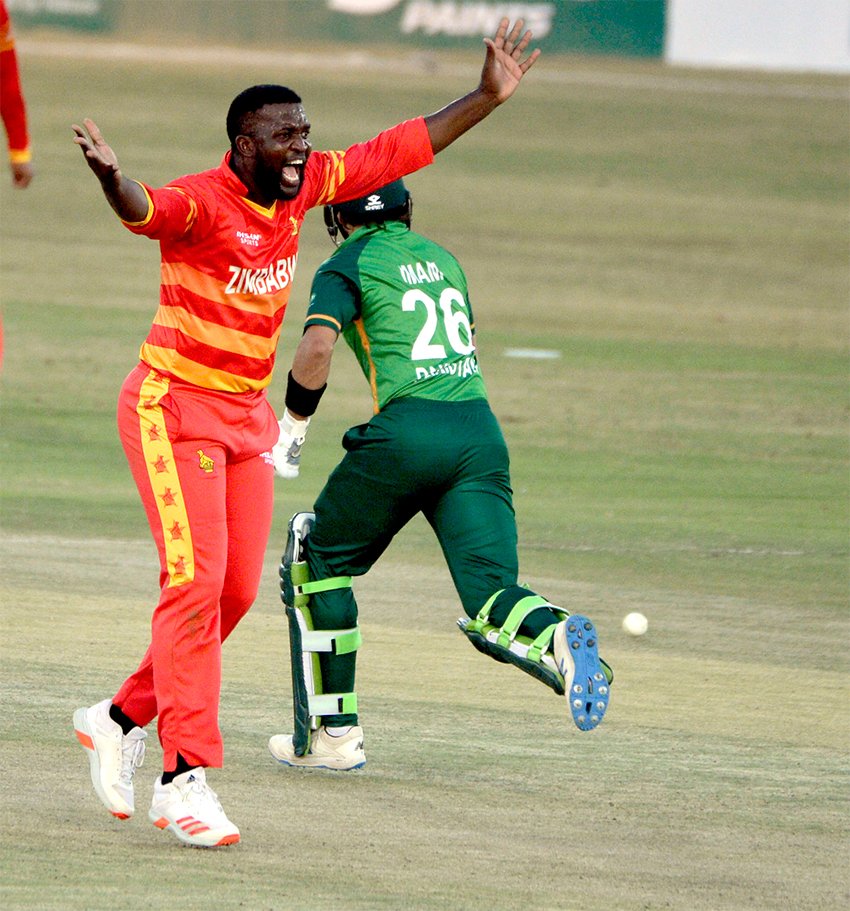 Pakistan beat Zimbabwe by 8 wickets, the national team achieved the target of 135 runs in the 16th over. Haider Ali (66) and Babar Azam (51) remained unbeaten for Pakistan.

Earlier, Pakistan decided to field after winning the toss against Zimbabwe. Zimbabwe scored 134 runs in the allotted 20 overs and gave the national team a target of 135 runs to win.

Now, Pakistan have gotten a decisive lead of 2-0 in the three T-20 matches series. It was the day of Haider Ali, who smashed 66 runs not out after facing 44 balls including three sixes and six fours during his stay on the wicket. Captain hit eight fours and a single six. Khushdil Shah remained not out on 11, as he faced 9 balls. Fakhar could score only five runs in 11 balls.

Haris Rauf and Usman Qadir took 3 wickets each for the national team. The last match of the series will be played on November 10.

It is to be noted that Pakistan had defeated Zimbabwe by 6 wickets in the first T20 match played in Rawalpindi yesterday. However, after today’s victory, Pakistan has gained an unbeaten lead of 0-2 in the three-match series.

Wasim Qadri senior sports journalist and television show host based in Islamabad, can be follow on Twitter at @jaranwaliya