The captain of the Zimbabwean team Chamu Chibhabha has expressed hope that they will try to break the continuity of Pakistan's victory in the T20 series. He told a press conference on the video link that Zimbabwe has made a great comeback in the third match. We will try to maintain its continuity. 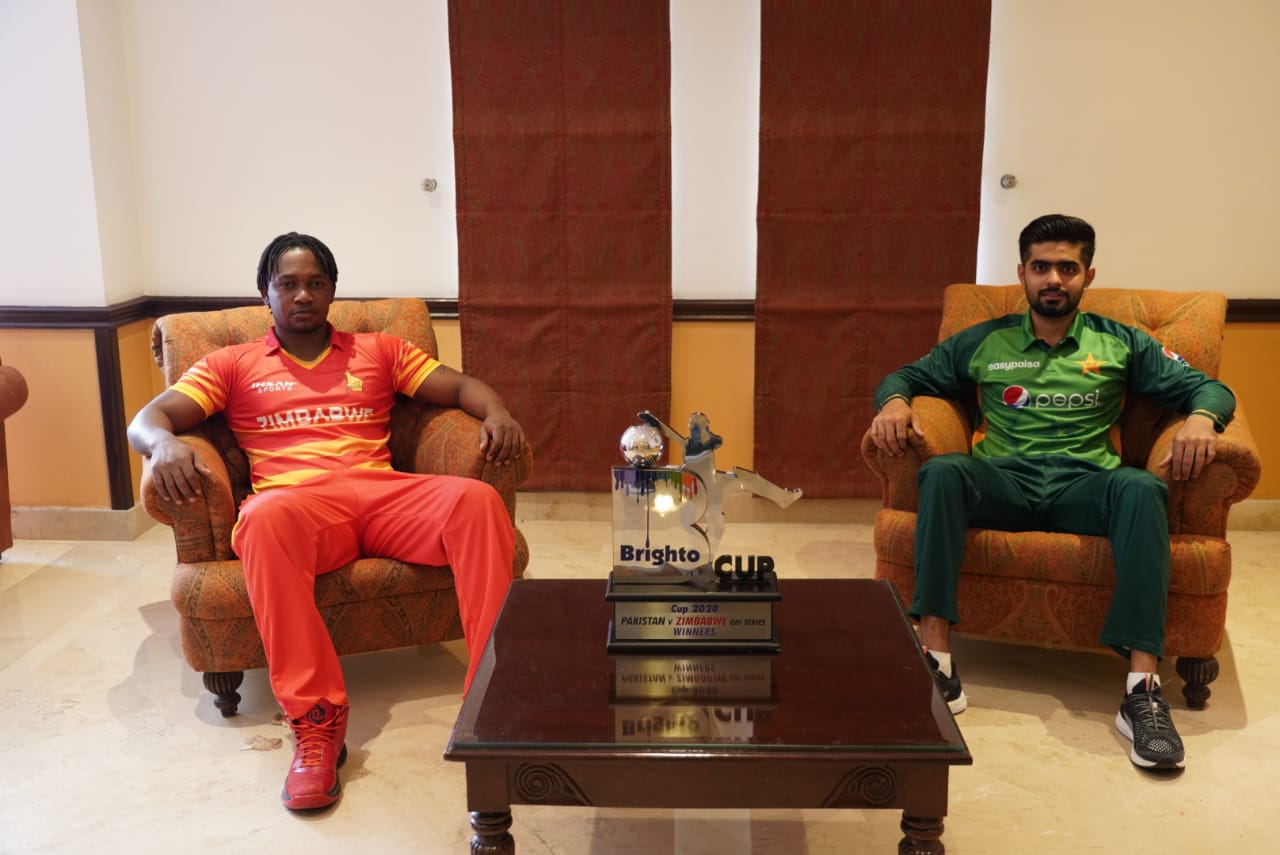 Chamu Chibhabha further said that all the players of Zimbabwe are fully fit and are determined to see excellent performances in the T20 series against Pakistan.
On the other hand, the captain of the Pakistani team Babar Azam has said that Zimbabwe played a brilliant game in the third ODI. The situation that we expect in the third match against Zimbabwe will not happen in T20 matches.
He said that Pakistan has many more options, unfortunately Shadab will still not be a part of the team but this time we will try to adopt a better option.۔
After the one-day cricket series between Pakistan and Zimbabwe, the T20 series is about to start.
Both the teams practiced hard at the Rawalpindi Cricket Stadium for the T20 format and adapted to the conditions.
Pakistan and Zimbabwe have competed 11 times in the past, with Pakistan winning each time. Zimbabwe has never won against Pakistan.
With the victory at the Rawalpindi Stadium, Zimbabwe has an important opportunity to break this continuity.
The Men in Green won the ODI series 2-1, but were handed a heart-breaking defeat in the final match of the series after a Super Over.
T20 Series: PST Times
7 Nov – 1st T20I, Pindi Stadium (3:30pm)
8 Nov – 2nd T20I, Pindi Stadium (3:30pm)
10 Nov – 3rd T20I, Pindi Stadium (3:30pm)
—
Wasim Qadri, senior sports journalist and television show host based in Islamabad, can be follow on Twitter [email protected]
Post published in: Cricket