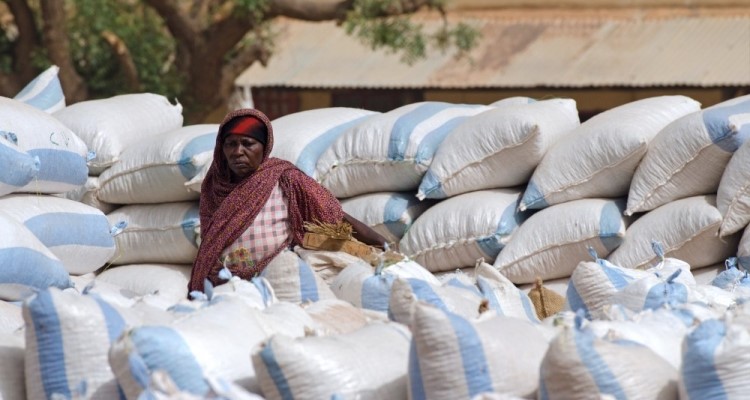 One day in February 2020, Accra-based coffee and cocoa trader Meron Dagnew visited the Secretariat of the new African Continental Free Trade Area (AfCFTA) to introduce herself, even before the Secretariat was fully operational.

“I couldn’t wait,” she told Africa Renewal in a recent interview “I need free trading in Africa to begin as quickly as possible; it will be so good for my business.”

The AfCFTA Secretariat officially opened in Accra on 17 August 2020, although, because of the COVID-19 pandemic, free trading will now begin on 1st January 2021 instead of the originally scheduled date of 1 July 2020.

Ms. Dagnew is eager to take advantage of reduced tariffs and a consolidated market — potential spinoffs from AfCFTA — to expand the operations of her company, BE Kollective that imports Ethiopian coffee to Ghana and exports Ghanaian cocoa to Ethiopia. 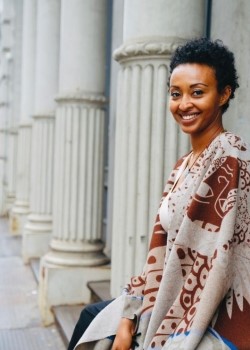 “I am hoping to not pay as much as 35 per cent tariffs on my goods; I am hoping that soon I can take my value-added cocoa and coffee to African countries without problems of rules of origin. I could then make more profit, expand my business and hire more people,” she says.

Ethiopia is one of the world’s largest coffee producers and Ghana is the world’s second-largest cocoa producer, after Côte d’Ivoire. Ms. Dagnew is particularly attracted to West Africa’s market of 380 million people.

High tariffs and non-tariff barriers such as customs delays and administrative bottlenecks at border posts underscore the challenges facing African traders and at the same time accentuate a strong desire by traders for a free trade zone.

The AfCFTA eliminates tariffs on 90 per cent of goods produced on the continent, tackles non-tariff barriers to trade and guarantees the free movement of persons.

Ms. Dagnew’s business slowed down in March 2020 just as the pandemic began to rage. As African economies start to slowly open while adjusting to the realities of the pandemic, Ms. Dagnew intends to restart trading soon.

Yet, she frets about other structural challenges to intra-African trade, such as the competition with big global brands that compete on an uneven playing field. For example, BE Kollective, according to Ms. Dagnew, competes with Nescafé, which is imported into Ghana by retailers.

“The problem is that importers of Nescafé from countries in Europe or Asia pay much less tariff than I pay because those countries have favourable trade agreements with African countries,” she stresses. “Therefore, the odds are currently stacked against us intra-African traders.”

“Not long ago, I went to the customs service in Ghana and told them I wouldn’t need to pay tariffs at some point because of AfCFTA. They didn’t understand what I was talking about,” she recalls. “There are many traders who have no idea what AfCFTA is all about.”

She recommends a massive information campaign to raise awareness of AfCFTA among customs services, traders and other key actors in countries participating in the free trade area.

And according to the World Bank, it takes about three and a half weeks for a container of car parts to be cleared by Congolese customs. While East African countries Tanzania and Uganda have established a one-stop border post to slash time for cargo movement between them, new delays in the form of divergent standards for goods have quickly emerged, underscoring the mutating nature of non-tariff barriers.

African countries could rake in $20 billion yearly by simply tackling non-tariff barriers that slow the movement of goods, according to the UN Conference on Trade and Development, the UN entity that deals with trade investment and development issues.

The African Union (AU)’s efforts at boosting infrastructure through its Programme for Infrastructure Development in Africa (PIDA) are expected to yield the Lagos-Abidjan transport corridor, the Zambia-Tanzania-Kenya power transmission line, the Lagos-Algiers highway and the Brazzaville-Kinshasa bridge, among others.

Widely spoken about in intra-African trade conversations are the challenges that women traders face.

Women constitute 70 per cent of Africa’s informal cross-border traders, and according to a 2019 study by UN Women titled Opportunities for Women Entrepreneurs in the Context of the AfCFTA, African women traders often confront corruption, insecurity and sexual harassment.

The AfCFTA agreement itself requires countries to protect the vulnerable, including women traders, and to address corruption.

African states with bilateral trade agreements with foreign countries or other regions such as the European Union will need to walk a tightrope in meeting prior commitments while implementing the AfCFTA.

In February 2020, for instance, East Africa’s economic giant Kenya began bilateral trade talks with the US, a move seemingly at odds with the country’s commitment to Africa’s free trade area.

Optimistic projections of the benefits of Africa’s free trade are, in theory, based on orthodox economic calculations — a linear demand and supply correlation that may not fully encompass externalities such as the availability of countries’ implementation capacity, requisite infrastructure, policy coherence and so on.

The World Economic Forum signals that AfCFTA’s full and effective implementation is what will lead to its transformative impacts, meaning that its touted benefits are by no means guaranteed.

The Secretary-General of AfCFTA, Wamkele Mene, acknowledges the enormous tasks ahead. “We have to roll up our sleeves and work,” he told Africa Renewal in an earlier interview.

Yet there is much to celebrate regarding the free trade agreement. The pact consolidates a market of 1.2 billion people and a combined GDP of $2.5 trillion. It would represent the world’s largest trading block by the number of participating countries if all AU member states were to ratify the agreement.

While some 30 countries have so far ratified the agreement, more countries are expected to join the bandwagon when free trading begins and its benefits become tangible.

Mr. Mene estimates that intra-African trade could increase from its current 18 per cent to 50 per cent by 2030.

It will boost earnings for traders, strengthen Africa’s competitiveness in the global marketplace, foster export diversification and enhance value addition to produce and transform natural resources.

Because of the AfCFTA, Africa’s manufacturing output is expected to double to $1 trillion, creating 14 million jobs by 2025, writes Landry Signé for Brookings Institution, a Washington, D.C.-based think tank.

An industrializing continent will catalyze the agricultural sector. In the coming years, Mr. Signé anticipates, manufacturing will complement “agricultural production and agro-processing plants, which provide the food and energy to meet growing African and global demand.”

He adds that African youth engaged in computer software and apps development will seize the opportunity to produce “leapfrog” technologies to meet increasing domestic demand. In other words, good paying jobs will be created for the continent’s bulging youth population.

Meanwhile, African traders envisage the end of the COVID-19 pandemic or at least its receding soon. They hope the teething problems that arise will be tackled and that AfCFTA will be a shot in the arm for Africa’s development.

“It will be a dream come true for traders like me,” enthuses Ms. Dagnew.