Rains and flooding have slowed rescue efforts at a Zimbabwean mine where a shaft collapsed last week, trapping at least 10 artisanal miners 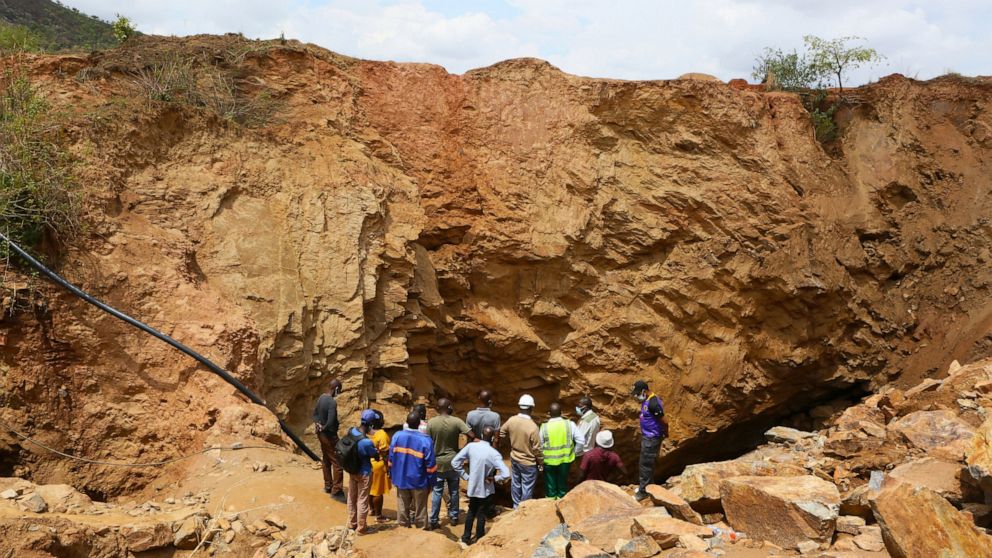 Associated Press — Rains and flooding have slowed rescue efforts at a Zimbabwean mine where a shaft collapsed last week, trapping at least 10 artisanal miners.

Hopes of finding survivors are vanishing and relatives camped at the site on Tuesday expressed their desperation for decent burials of their loved ones who they now presume are dead.

The mine shaft in Bindura town, about 70 kilometers (about 43 miles) northeast of the capital, Harare, collapsed Wednesday after artisanal miners digging for gold blasted a support pillar, said deputy minister Polite Kambanura.

The mine was no longer operational, and the artisanal miners who use rudimentary and unsafe methods took over, he said while touring the site on Tuesday.

Rescuers retrieved one body on Monday, but given the rains and flooding, rescue efforts have been hindered, he said.

Kambanura said about 10 miners are trapped under rubble and water. An association representing small scale miners, however, estimated 40 miners were trapped. Ascertaining the actual number is difficult due to the haphazard nature of artisanal mining in the economically struggling southern African country.

“Maybe, by some miracle we might find some still alive, it has happened before,” said Kambanura, referring to an incident when some artisanal miners survived after days of being trapped underground last year.

But some relatives of the miners camped at the site were less optimistic.

“No one survives this long in water and under all those rocks. My fear is the bodies are rotting in there. They should just give me the body, I want to give my son a decent burial,” said Nyangu Kajuda, sitting with about a dozen other women inside a tent pitched by a private funeral parlor.

Artisanal mining has been rampant in Zimbabwe for decades, but it has surged following the shutdown of most economic activities due to a COVID-19 induced lockdown, according to conservation groups that have been trying to get the government to end the menace.

A report by the International Crisis Group last week alleged that “hundreds of miners’ lives” have been lost in the violence, while some, such as the Bindura miners, succumb to frequent collapse of mine shafts.

Police sometimes carry out raids on the mines following reports of widespread violence, but they have been unable to end the mining, or the violence.

The government says it plans to regularize artisanal mining to ensure safety standards and to absorb the thousands of miners, and their earnings, into the formal economy.