The women national selection committee announced a 17-player squad for ODI and T20I series against South Africa, which will be played in Durban and Pietermaritzburg. 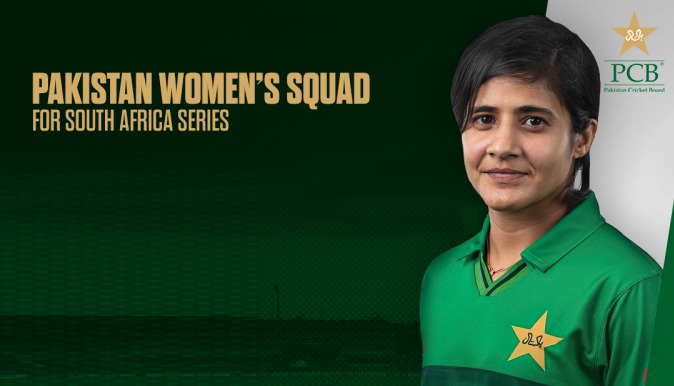 Javeria Khan will take the captaincy responsibilities in the absence of Bismah Maroof.

Urooj Mumtaz-led selection committee, which also includes Asmavia Iqbal and Marina Iqbal, considered on-field performances in the National Triangular T20 Women’s Cricket Championship, played from 22 November until 1 December in Rawalpindi, along with form and fitness of the players in the High Performance and probables camp while finalising the squad.

Ayesha Zafar, Kainat Imtiaz, Nahida Khan and Nashra Sandhu return to the women’s national team for the tour in which they will play the hosts in three ODIs and as many T20Is.

Nahida Khan finished the National Triangular T20 Women’s Cricket Championship as the leading run-scorer with 154 runs at an average above 51 from her four outings. Her PCB Dynamites teammate Ayesha Zafar was the fourth best batter in the tournament with 111 runs.
All-rounder Kainat Imtiaz was awarded player of the tournament award as she scored 111 runs from four outings, getting dismissed once, and took three wickets, while left-arm spinner Nashra Sandhu finished as the joint leading wicket-taker in the tournament with four wickets at 25.

When the team takes the field for the first one-dayer at Kingsmead Stadium, Durban, on 20 January, it will mark their return to international cricket after over 10 months due to the Covid-19-enforced hiatus.

After the second one-dayer at the same venue on 23 January, they will move to Pietermaritzburg where they will play the third ODI on 26 January and first two T20Is on 29 and 31 January.

For the last T20I on 3 February, which will also be the last match of the tour, the team will return to Durban.
—
Wasim Qadri, Islamabad based Senior Sports Journalist and Television Show host, can follow on twitter at @jaranwaliya