South Africa won the toss in the opening Test in Karachi at the National Stadium and opted to bat first. The visiting team SA lost their first wicket at the score of 30 when Shaheen Afridi had Aiden Markram caught in second slip. Debutant Butt took an outstanding catch to get his Test career going. 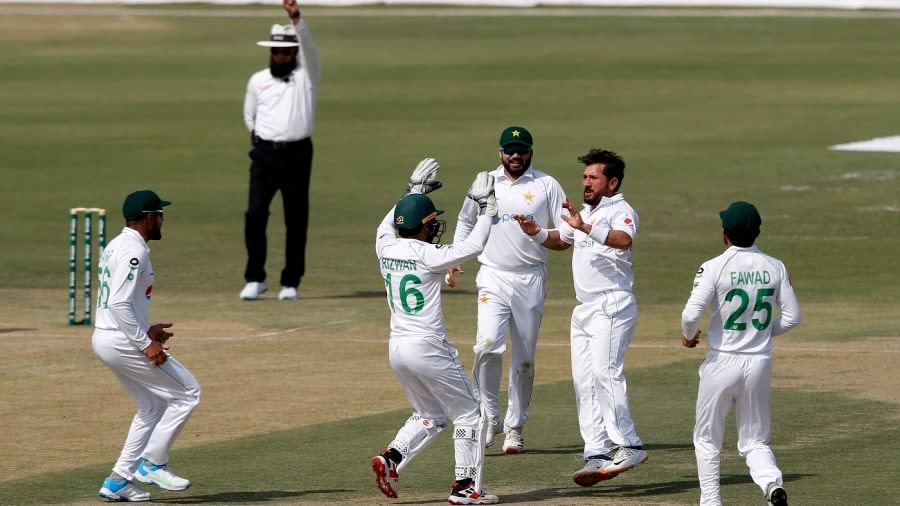 The second wicket was a run out when Rassie van der Dussen succumbed to a mix-up, leaving the score 63-2. By lunch, South Africa were 94-2, with Dean Elgar and Faf du Plessis at the crease.

Post-tea, South Africa lost their 7th wicket for the addition of zero runs. Shah beating Keshav Maharaj with the flight and disturbing his stumps.

Linde (35), having done the hard work, threw away his wicket, pulling Hasan Ali and getting caught by Mohammad Nawaz to leave his side 194-8.

After tea break, The South African team returned to the pavilion with a total score of 220 runs. For Pakistan, Yasir Shah took three wickets, Shaheen Afridi and Mohammad Noman took two wickets each