Pakistan cricket selectors have continued to reward domestic performers and show faith in emerging cricketers as they named formidable sides for the upcoming challenges in South Africa and Zimbabwe where the national men’s side will play seven T20Is, three ODIs and two Tests. 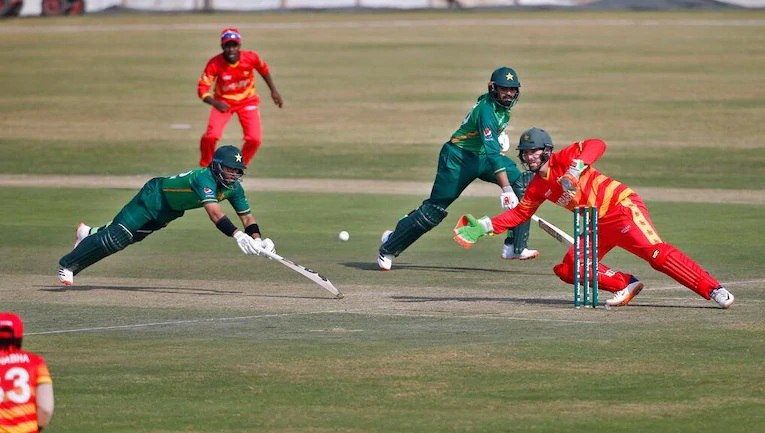 The seven T20Is and two Tests will count towards the ICC T20I and Test Team Rankings, while the three ODIs against South Africa will be part of the ICC Men’s Cricket World Cup Super League – a 13-team competition from which the top seven sides will qualify automatically for the ICC Men’s Cricket World Cup 2023.The 35-member Pakistan squad will depart for Johannesburg on 26 March for the three ODIs and four T20Is against South Africa. They will then fly to Bulawayo on 17 April for three T20Is and two Tests against Zimbabwe. The side is scheduled to return on 12 May.Prior to their departure for Johannesburg, a training camp for the white-ball players will be held at the Gaddafi Stadium from 19 March. The players will arrive in Lahore on 18 March following 16 March PCR tests in their respective cities and will undergo further PCR tests on 18, 21 and 24 March. During the Lahore camp, the players will remain in a bio-secure environment.The T20I and ODI sides include 18 players each with 14 players featuring in both the formats, while the Test squad comprises 20 players with eight players figuring across all three formats. These eight players are Babar Azam (captain), Faheem Ashraf, Haris Rauf, Hasan Ali, Mohammad Nawaz, Mohammad Rizwan, Sarfaraz Ahmed and Shaheen Shah Afridi.Chief selector Muhammad Wasim said that I want to congratulate Arshad Iqbal, Mohammad Wasim Junior and Shahnawaz Dahani on their selections in the Pakistan squads. This is an acknowledgement and reward for their talent and performances in the 2020-21 domestic seasons.He also said that representing the country at a global stage is the biggest honor and achievement for any professional athlete. I am confident these selections for important tours of South Africa and Zimbabwe will inspire and motivate these budding youngsters to produce more impressive and consistent performances so that they can justify the faith and confidence exposed on them by the team management and selectors.Tour itinerary (Zimbabwe schedule to be announced in due course)26 March – Departure for Johannesburg2 April – 1st ODI; SuperSport Park, Pretoria4 April – 2nd ODI; Wanderers Stadium, Johannesburg7 April – 3rd ODI; SuperSport Park, Pretoria10 April – 1st T20I; Wanderers Stadium, Johannesburg12 April – 2nd T20I; Wanderers Stadium, Johannesburg14 April – 3rd T20I; SuperSport Park, Pretoria16 April -4th T20I; SuperSport Park, Pretoria17 April – Departure for Bulawayo12 May – Departure for Lahore from Bulawayo—-Wasim Qadri, Senior Sports Journalist and Television Show host based in Islamabad, follow on twitter at @jaranwaliya
Post published in: Cricket