Pakistan defeated South Africa by 3 wickets in the first match of the three-match ODI series. 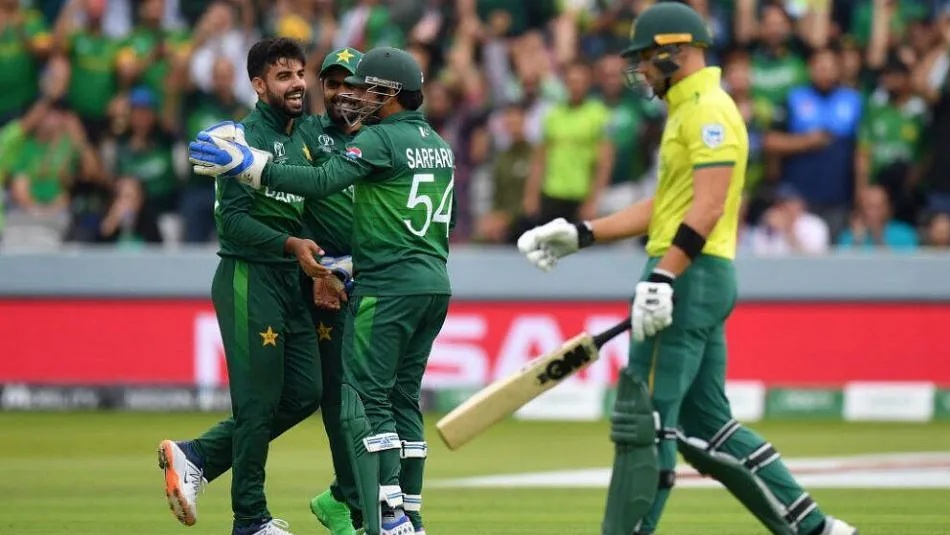 The first match between Pakistan and South Africa in Centurion was interesting, which was played till the last ball.

The Green Shirts chased down South Africa’s 274-run target for the loss of seven wickets and took the lead in the series.

The highlight of the match was the first century of the Pakistani captain Babar Azam against the host team. He played a responsible role with the opener Imam-ul-Haq after the first wicket roared quickly.

Both the players put up a brilliant partnership of 177 runs for the second wicket. Babar Azam returned to the pavilion with 103 runs off 104 balls. His innings was adorned with 17 fours.

For Pakistan, opener Imam-ul-Haq (70), Mohammad Rizwan (40) and Shadab Khan (33) played responsible innings and played their part in ensuring the victory of the match.  The first ODI witnessed one century and one half century from both the teams.

Earlier, South Africa scored 273 for 6 in the allotted 50 overs and set a target of 274 for Pakistan.

Shaheen Shah Afridi and Haris Rauf of Green Shirts took 2.2 wickets while Faheem Ashraf and Mohammad Hasnain took 1.1 wickets each while Shadab Khan and Danish Aziz who were playing their first match first match against SA, returned from the field without any success.

Wasim Qadri, Senior Journalist and television show host based in Islamabad can be follow in twitter at @jaranwaliya