Zimbabwe won the toss and elected to bat against Pakistan in the first match of the two-Test series being played in Harare. 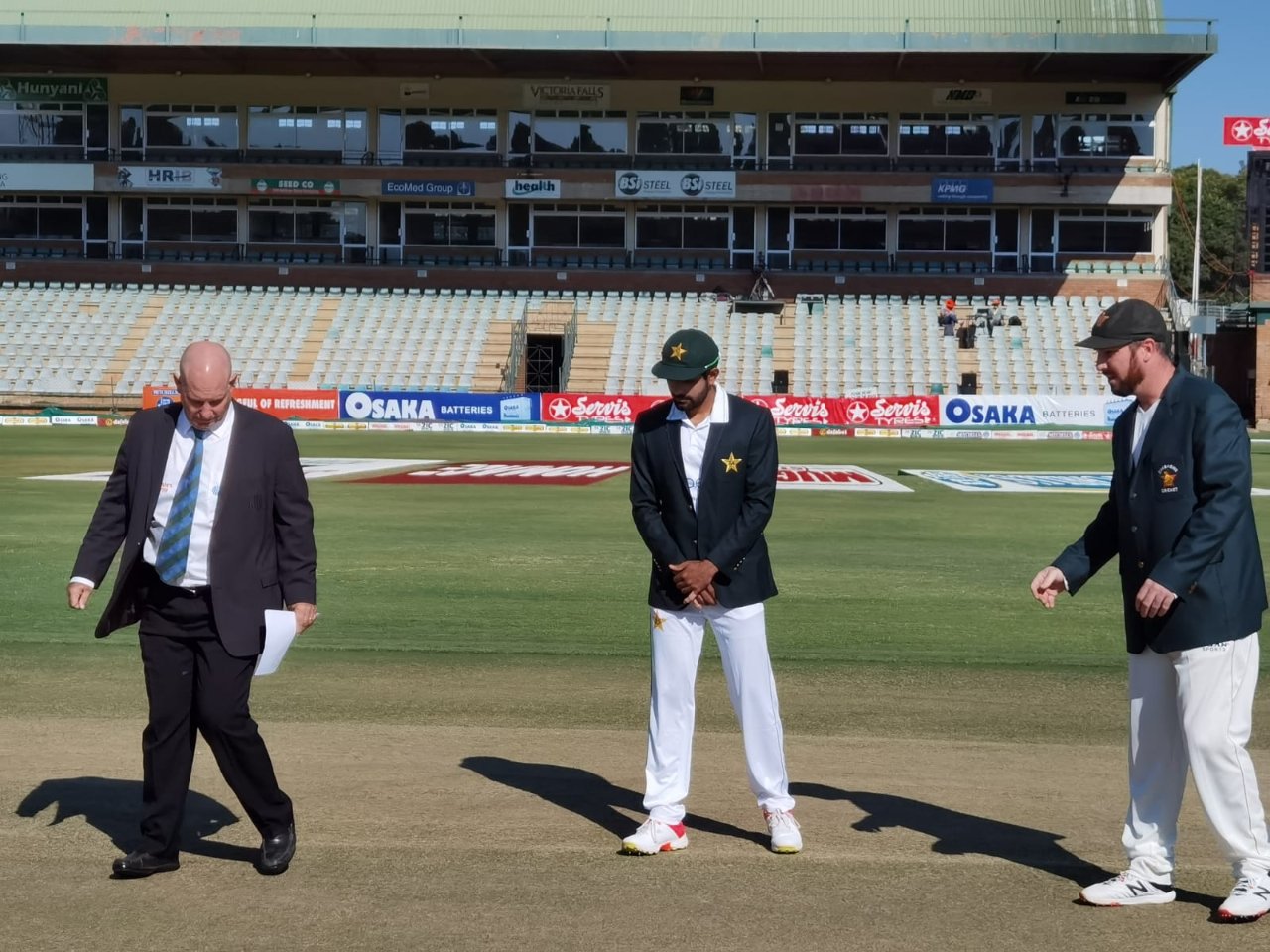 Pakistan takes good start with excellent bowling of Shaheen Afridi and Hassan Ali, the host team returned to pavilion with only 176 runs. In response, Pakistan has scored 103 runs without any loss.

For Zimbabwe, Prince Misaware and Kevin Kasouza started the innings but were bowled out for 11 and 0 respectively. Roy Kaia remained prominent by scoring 48 runs for the host team. Tarisai Musakanda (14), skipper Brendon Taylor (5), Milton Shamba (27), wicketkeeper-batsman Regis Chakboa (19) and Donald Trypano (28) were all dismissed.For Pakistan, Shaheen Afridi and Hassan Ali took 4, 4 while Noman Ali took one wicket. One player was run out by spinner Sajid Khan who made his debut in the national team.

Pakistan needs victory in both the matches to retain the fifth position in the Test rankings, so if Zimbabwe draws a match, South Africa will be ahead by one point less.It is important that, Zimbabwe have named a 16-player squad for their two-Test series against Pakistan with five uncapped stars in the group.Luke Jongwe, Richard Ngarava, Roy Kaia, Milton Shumba, and Tanaka Chivanga have all been given their maiden Test call-ups.