The 60km Kwekwe – Nkayi road is supposed to be the shortest link between the two centres, but it has become the longest. 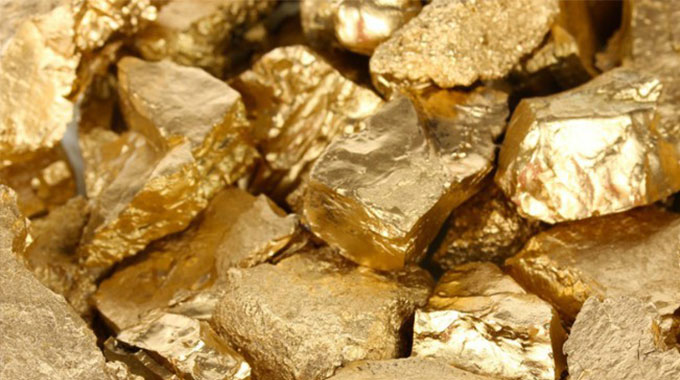 So bad is the road that what should be a 30-minute drive has since transformed into a two hour nightmare as motorists cautiously negotiate around the pot holes. The heavy rains that recently pounded the country worsened the already damaged road, making it basically untraficable.

Silobela is home to a number of mines, both large scale and small scale and millions worth of gold have been extracted from the area, but the area has nothing to show for it. Kwekwe, a well-known mining town, has a poor road network as well. Kadoma is another mining town that does not seem to be benefiting from its gold judging by its bad infrastructure. Silobela legislator Cde Mthokozisi Manoki-Mpofu said this was a serious challenge in the area saying ‘outsiders’ were plundering gold from Silobela.

“We have that problem in Silobela, whereby outsiders come to the area to extract gold and take it away without benefiting the area. Silobela is one of the least developed. I think you are aware of the Kwekwe-Nkayi Road; it is one of the worst roads in the country and it is deterring development in the area,” said Cde Manoki-Mpofu.

He envisages a situation whereby his area has a communication center, a Grain Marketing Board depot and a vocational training center amongst other infrastructure. Having noticed that the area was not benefiting from its resources, Government once helped a Peace Mine Community Ownership Trust, a first of its kind in the country which was supposed to benefit the community but it appears to have died a natural death.

Under the community trust, 10 percent of whatever was coming out of the mine was supposed to be channeled towards infrastructure development across Silobela. The idea was that the fund would be channeled towards community development with infrastructure like roads, schools, clinics, water and sanitation amongst other developments. Government built a state of the art mining and gold processing centre which has, however, been vandalized.

“It only lasted less than a year and it collapsed due to corruption. People there were only thinking of fattening their own pockets. Now Peace Mine has gone to the dogs and it was closed after people died due to improper mining methods,” said Cde Manoki-Mpofu. He however gave credit to a few miners who have ploughed back into the community.

“We have our local miner Mr Gwandu who helps with road maintenance and recently Decent Sibanda also provided us with his grader and tipper truck for rehabilitation of Dambridge road. We are so grateful,” said Cde Manoki. Zimbabwe Miners Federation (ZMF) Chief Executive Officer, Mr Wellington Takavarasha said plans to set up gold processing centers like the Peace Mine one, across the country were derailed by the Covid-19 outbreak. The processing centers were supposed to ensure that every procedure, from extracting the gold, processing, to the last stage was done at one place.

“The idea had to be shelved due to Covid-19 but I am sure since the lockdown restrictions are now being eased, we are going to resuscitate the idea working together with Government. Some investors have since gone round meeting with our member associates and plans are in the pipeline,” he said. Mines and Mining Development Deputy Minister Polite Kambamura said Government was working on modalities for communities to benefit more from local mineral resources.

“Local communities should benefit from mineral resources being extracted in their area. Mining companies,