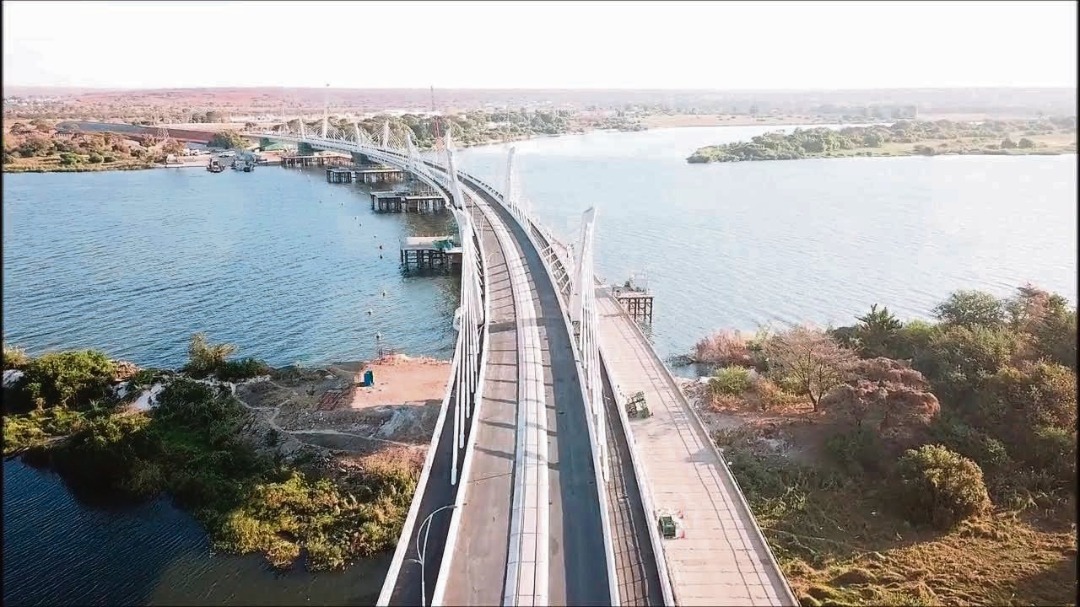 Having attempted to sabotage the construction of the Kazungula Bridge citing “conspiracy”, Zimbabwe now has an egg on its face after Botswana and Namibia activated Plan B.
However, the sabotage plan forced design alterations that brought in a new partner.

Earlier this year, a ruling party MP in Zimbabwe, Felix Tapiwa in a parliamentary question described the construction plan as “a conspiracy.” Tapiwa’s contention with Botswana and Zambia’s plan to construct the US$259.3 million Kazungula Bridge was that it would divert traffic (and money) away from Zimbabwe’s own Beitbridge border post. The clearly acquiescent transport minister Obert Mpofu responded that if any bridge was to be constructed between Botswana and Zambia, it had to pass through Zimbabwe and the latter had to agree to the use of its territory. “I have engaged my colleague in Zambia and this engagement has also been escalated to the principals of the two countries and the matter is at that level. Our understanding is supported by the United Nations on boundaries; that there is no boundary between Botswana and Zambia.

If they want to build a bridge on that piece of land, Zimbabwe has to be involved,” Mpofu was quoted as saying in the press. He added that there was no need for a bridge just a few kilometres from the Victoria Falls Bridge. Botswana’s Minister of Transport and Communications, Nonofo Molefi says that upon hearing this, changes were made to the design plan. “We approached Namibia and asked that the bridge pass through their territory and they agreed,” he says. Instead of going straight into Zimbabwe as had been the original plan, from Botswana the bridge will now go westwards into Namibia, then curve into Zambia. What the ZANU-PF MP and minister said is mystifying because originally, Zimbabwe was a partner in the project. However, even at the early stages it became clear that the country was not cooperating with its partners.

The country didn’t participate in the initial project feasibility study although a small portion of the bridge goes past its territorial waters. Thereafter, it wanted to conduct its own assessment. This was around the time that the country’s political leaders were tussling over the outcome of the controversial 2008 presidential election. Botswana and Zambia didn’t accept an outcome that placed Robert Mugabe ahead of Morgan Tsvangirai and naturally that rubbed the former the wrong way. The consequent political chaos and economic collapse ruined Zimbabwe’s chances of staying in the project. Molefi says that after the three countries had agreed to construct the bridge, each had to go out to mobilise funds from development partners.

Botswana and Zambia approached Japan and the result is that the project will be funded by the Japan International Corporation Agency (JICA), the African Development Bank (AfDB), the European Union as well as the governments of both southern African countries. JICA is contributing 57.5 per cent, AfDB 31.5 per cent, Botswana and Zambia an equal 9.2 per cent while the remaining 1.8 per cent will come from the EU under its Infrastructure Trust Fund grant.

The funds mobilisation occurred at a time that Zimbabwe was broke. Creditors would’ve therefore been reluctant to lend out money that they were not certain of getting back. Discounting what was said in the Zimbabwean parliament this year, to date the country’s finances have not improved to a point where it would be able to borrow money and participate in the building of the bridge. This month, Moody’s Investors Service, the United States credit ratings agency, released a report in which it assessed AfDB’s performance. “The AfDB’s percentage of nonperforming loans (NPLs) – 2.9 percent at the end of 2013 – is still relatively high for a Aaa-rated MDB, mainly related to very long-dated arrears from countries no longer eligible to borrow from the AfDB, namely Somalia, Sudan and Zimbabwe.” MDB is acronym for multilateral development bank.

MP Tapiwa’s fears will be fully realised when the bridge is complete in four years. Kazungula Bridge will compete with Beitbridge border post which presently generates tollgates revenue that Zimbabwe desperately needs. The Kazungula Bridge and Border Project, as it is officially known, entails the implementation of new infrastructure to replace the existing ferry and border facilities between Zambia and Botswana at Kazungula. The project comprises the construction of road bridge over the river Zambezi, border facilities in each country and approximately 10 kilometres of bridge approach and access roads.

Due to the absence of a bridge, hundreds of vehicles have to wait for a week or two to pass through the existing pontoons, costing the regional economy a lot of money. The bridge is seen as a vital economic link between Botswana and Zambia and the rest of Africa and is expected to integrate the economies served by the North South Corridor as well as develop the mining sectors of Zambia and the Democratic Republic of Congo. More importantly, it would serve as the “gateway to the north”, connecting the SADC region to the entire continent.

The bridge will eliminate the risks associated with operating pontoons, and reduce transit time from 36 hours to 2 hours. The construction of the project will be undertaken by South Korean Daewoo Engineering & Construction – the same company that built the Serowe-Orapa road. Molefi says that, like everybody else who can pay, Zimbabwe will be allowed to use the bridge but unlike Botswana and Zambia, the country will not have proprietary rights.