Zimbabwe is set to reap its biggest maize harvest since the 1984/85 season. That’s because more land has been devoted (or cleared) for the crop. However, yields remain dismal. This poor performance is a warning to South Africa as expropriation without compensation looms. 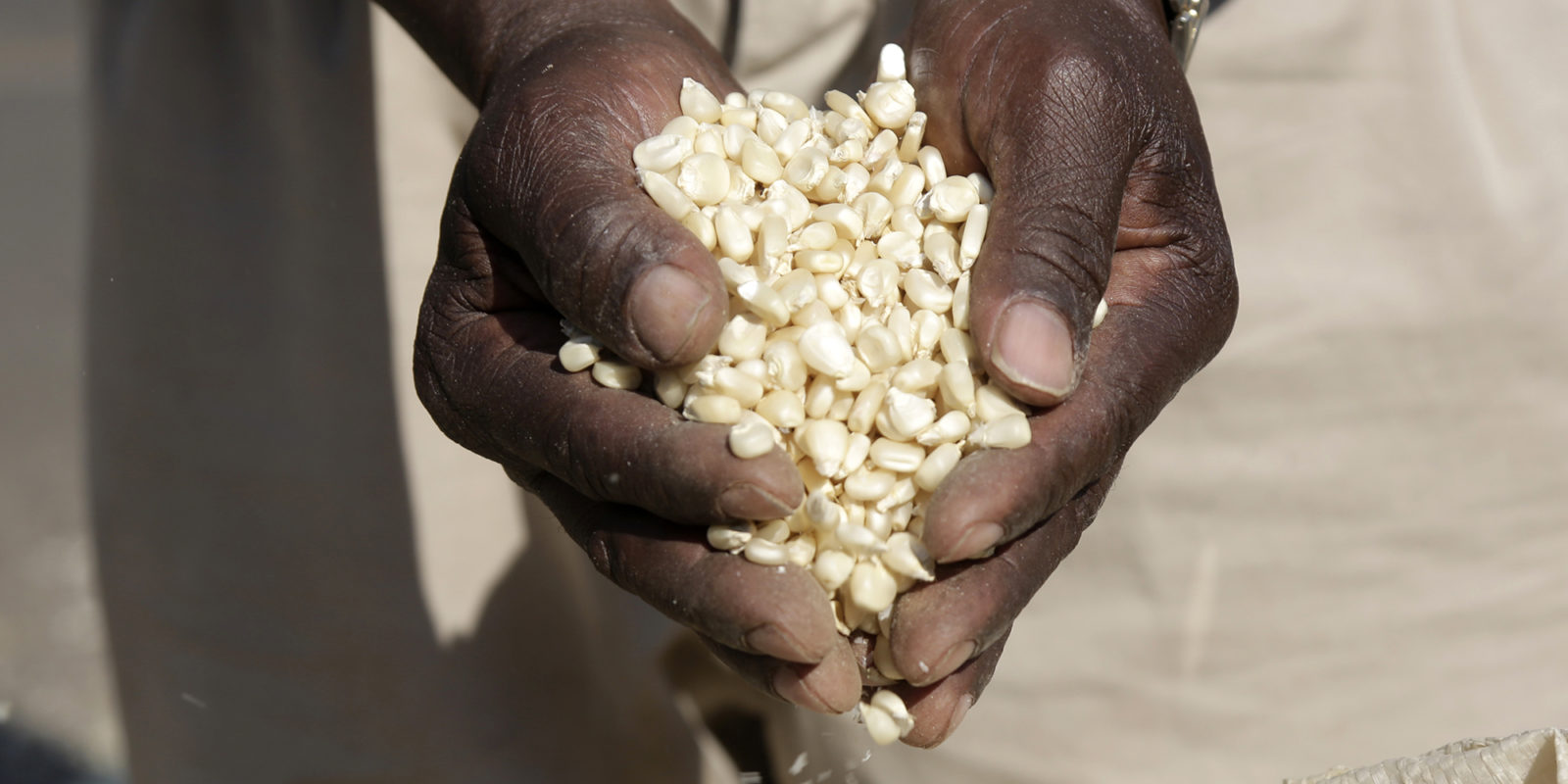 The USDA went on to say that this will be Zimbabwe’s biggest maize crop since the 1984/85 marketing season, or almost four decades. It attributed this to an “expansion in area and favorable weather conditions”.

“As a result, the Zimbabwean government terminated the issuing of import permits for corn and cornmeal to local grain millers as supply exceeds local demand. Zimbabwe will also, for the first time in three years, manage to maintain the minimum strategic grain reserve of 500,000 tons in physical stocks,” the USDA said.

At first glance, this is good news. But peel away the leaves and there is not much in the way of grain on the kernel.

“The Zimbabwe crop performance stems from the increase in area planting as well as relatively good rainfall. The reason we have this level is because the area planted is at a record level. They have planted the largest area of maize ever, which is about two million hectares,” Wandile Sihlobo, chief economist at the Agricultural Business Chamber of South Africa, told Business Maverick.

“But Zimbabwean yields are still dismal — they are about 1.4 tonnes per hectare,” he noted.

In South Africa by contrast, according to the latest estimates from the government’s Crop Estimates Committee, the domestic harvest is expected to be just shy of 16.8 million tonnes from just over three million hectares planted, or about 5.9 tonnes per hectare. That includes commercial and small-scale production, with the former accounting for by far the lion’s share — about 2.75 million hectares with an expected output of 16.2 million tonnes.

And, overall, that’s a yield four times better than what Zimbabwe is expected to obtain.

The stark difference in yields is easily explained. South Africa’s commercial farmers employ precision farming and other hi-tech/digitised methods that hugely lift the land’s productive capacity. Few Zimbabwean farmers can compete with such a capital-intensive and science-driven approach. Good weather only gets you so far.

But why was so much more land seeded with maize in Zimbabwe at the start of this summer’s crop growing season?

John Robertson, an independent economic consultant based in Harare, said this was in part because of the offer of subsidies which the cash-strapped government probably can’t afford, and a plan to get skilled farmers on the land to repay debts incurred by farmers who were flops.

“We have more expert farmers on the land than we did before. Skilled farmers have been given leases on the land to settle the debt of people who borrowed but could not pay the money back,” he told Business Maverick.

He said the government had put in place an input scheme — providing seeds and fertiliser and the like — as well as a subsidy in the form of offering to pay far above international prices for maize. Robertson said the Zimbabwean government was offering $390 a tonne, whereas in South Africa, at current rand/dollar exchange rates, the price is about $280 a tonne.

Moscow used to do this with Cuban sugar imports. It’s a sweet deal if you can get it.

The Zanu-PF government is also offering a subsidy for millers so they don’t wildly inflate the price of mealie meal, the caloric staple that feeds the working class and peasantry.

“We have these subsidies, but they have not been financed yet. But the government is imposing on the banks by saying they want their surplus funds to be placed in the Reserve Bank. So the commercial banks’ reserve deposits with the Reserve Bank are bigger than usual,” Robertson said.

So the biggest maize crop since the 1980s has been boosted by good weather on one hand and dubious subsidies on the other that incentivised planting. The proof in this pudding is the poor yields that are being scratched out of the land. And according to the Famine Early Warning Systems Network, much of the map of Zimbabwe remains shaded in yellow, which means food security is “stressed”. That’s better than the shades that denote a “crisis” an “emergency” or “famine”. But it doesn’t point to a well-nourished population.

Zimbabwe’s economy never fully recovered from the damage wreaked by the seizure of white-owned farms more than two decades ago when Robert Mugabe was still at the helm.

This is food for thought for South African policymakers as Parliament edges toward an amendment of the property clause of the Constitution. DM/BM