HARARE (Reuters) - Prices of goods in Zimbabwe are spiralling again, threatening to halt a decline in consumer inflation, after authorities last week forced businesses to stop quoting prices in U.S. dollars in a bid to encourage more use of the faltering local currency. 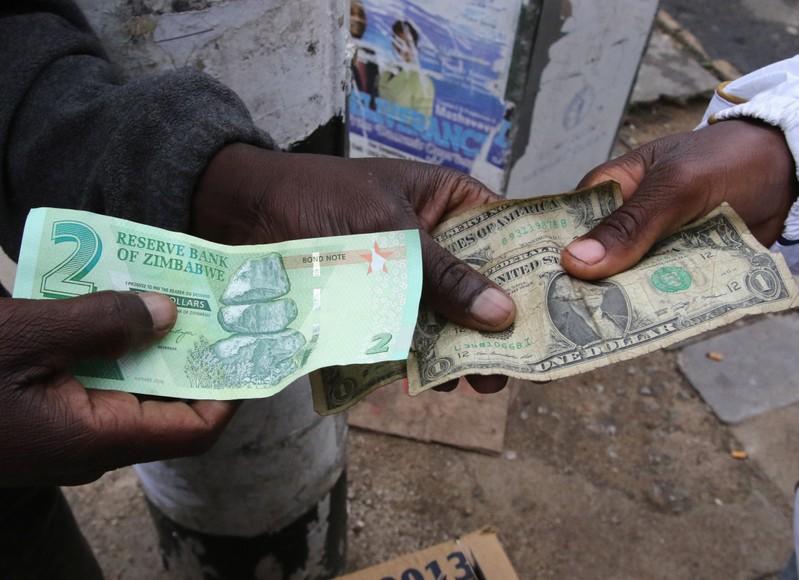 Despite the re-introduction of the Zimbabwe dollar in 2019, most businesses have been charging in U.S. dollars, with customers having an option to pay using local money at rates higher than the official exchange rate.

After losing their pensions and savings during a decade of hyperinflation to 2009, Zimbabweans prefer using the greenback to their own currency.

The government issued regulations on Friday making it mandatory to quote prices in the local currency, with payment in dollars offered as an option using the official rate.

This has seen prices of goods from groceries to building materials go up, and more so in U.S. dollars, all of which risks pushing up inflation, which slowed to 162% in May from a decade high of 838% last July.

Harare resident Justin Parehwa, who is building a house, said he had been quoted $3,350 for roofing material last week but when he returned to pay on Monday the price had gone up to $3,975.

“I do not have that extra money. This has ruined my plans,” he said.

“The immediate impact of applying the (regulations) would be that U.S. dollar prices will be hiked…. This means an immediate spike in U.S.D inflation, a component of our blended inflation rate,” the group said in a statement. (Reporting by MacDonald Dzirutwe; Editing by Olivia Kumwenda-Mtambo and Hugh Lawson