Chirundu - ZIMRA intercepts three transit fuel trucks in Chirundu that are accused of smuggling fuel into the country which was meant to be transported to Zambia potentially prejudicing the country of potential revenues through organized crime. 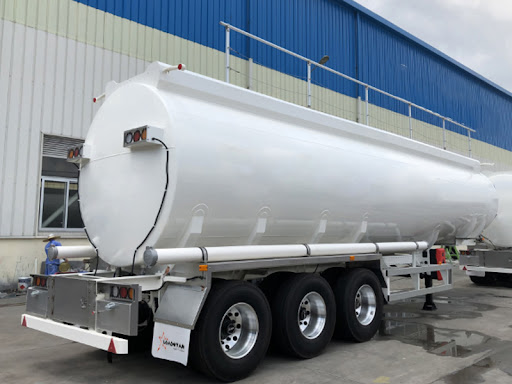 During the period from 17 July 2021 to 23 July 2021, three tankers that had declared fuel at Forbes Border Post en route to Zambia were intercepted at Chirundu One Stop Border Post all loaded with water instead of fuel as per the declarations made at Forbes Border Post. The tankers had respectively declared 44 924 litres of diesel, 39 932 litres of diesel and 45 800 litres of petrol destined for Zambia however the three tankers after physical inspections turned out to be carrying water.

“The three fuel tankers were flagged for physical inspection and with the assistance of police, two drivers were arrested and have already appeared in court. The driver of the third tanker is still at large as he disappeared during the physical inspection of the vehicle. The Authority is currently capacitating the intelligence management unit and will continue leveraging on technology and data matching to fish out fuel smugglers”, explained ZIMRA’s Head Corporate Communications, Francis Chimanda.

The arrested drivers for the two fuel tankers, Godfrey Nyamukondiwa and Joseph Guveya, who appeared in court on Monday the 26th of July were granted bail worth $30,000 each and are set to reappear in court on the 24th of August 2021. The bond for the Clearing Agent involved has been recommended for suspension until the duty due for the fuel has been secured.

“Intelligence at hand points to possible connivance between transporters and their drivers as well as some unscrupulous agents. The transit fuel does not exit Zimbabwe and is consumed locally against customs regulations. The smugglers off-load and sell the fuel in Zimbabwe. Thereafter they load the trucks with water and proceed to Chirundu for the acquittal process. Once acquitted, they enter Zambia where they drain the water and buy cheaper fuel for delivery to their customers. This ensures that they make a hefty profit in Zimbabwe since they would have brought the fuel into Zimbabwe duty-free,” said Mr. Chimanda.

Transit shipment of fuel occurs when transporters ship fuel from outside Zimbabwe, which passes through the country destined for another country. Since this fuel is not for local consumption, no duty is paid on importation. The fuel trucks are sealed at the port of entry and the seals are removed at the exit point after the acquittal process.

Sealed fuel trucks that transit through Zimbabwe, are monitored by an Electronic Cargo Tracking System (ECTS) operated by ZIMRA’s Customs and Excise Division. The trucks use dedicated routes and any departure from these routes attracts a fine of US$2 000.00. Removal of seals is a serious offence, which also attracts a hefty fine.