Agriculture in Zimbabwe is on an upswing and young people are the driving force. For example, the country is set to harvest 2.8 million tons of maize this year, triple the 2020 harvest, and making it the highest output in 20 years. 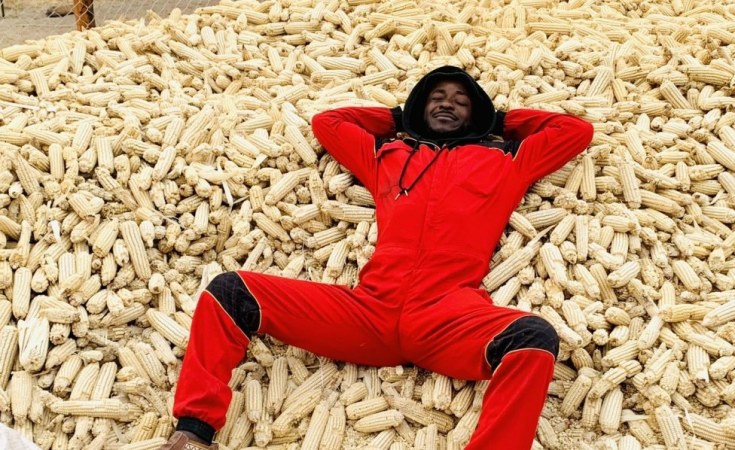 The anticipated 2021 bumper harvest should finally ensure food surplus in Zimbabwe, Information Minister Monica Mutsvangwa said in June. Just a year ago, the United States Agency for International Development (USAID) doled out $86.9 million to boost food security in the country.

About 57 per cent of Zimbabwean women between ages 20 and 31 and 47 per cent of men in the same age bracket are growing fruits such as mangoes, involved in rearing livestock such as the prolific breeders Boer goats, and cultivating tobacco, corn and so on.

President Emerson Mnangagwa who took over the reins of government in November 2017 has adopted policies to attract the young and educated to farming while at the same time luring back many white farmers who had relocated to Australia, South Africa and the United Kingdom following the seizure of their land about two decades ago.

The president pledged to provide 99-year land leases to white farmers and guaranteed the security of those willing to return home. Returning white farmers are partnering with their black counterparts, including young black farmers, leading to a healthy exchange of capital, skills and machinery.

“We are seeing a pro-youth farmer’s mindset in government, which sends positive signals,” says Gift Mawacha, an agricultural historian at Chimanimani High School in east Zimbabwe, the country´s most fertile farm belt. “And the youth are saying ‘hey, we are jobless but there´s money in growing potatoes and flowers.'”

“My generation trained as accountants and social workers. Universities in Zimbabwe graduate thousands of students annually, but there is only a handful of civil service or corporate jobs for the unemployed,” says Itai Sedze, 29, a sociologist who is now engaging in maize farming.

The government’s pro-farming mindset is anchored in a programme called “Pfumvudza” (meaning “Master Farmers’ Revolution”) through which it provides financing subsidies to young farmers.

Researcher Eddy Maseya describes Pfumvudza as a climate-proof concept that leverages “conservation farming techniques to make the most of small pieces of land.”

Backed by the UN Food and Agriculture Organisation (FAO), Pfumvudza consists of “minimum soil disturbance or tillage; having permanent soil cover by using organic mulch and using crop rotations and intercropping cover crops with main crops,” according to The Future Agricultures Consortium, an alliance of research organisations seeking to improve agriculture in Africa.

Zimbabwean youth are latching on to this sustainable farming concept.

For example, Prosper Bvunzawabaya, 31, returned to Zimbabwe to grow fruits after bagging a graduate degree in finance from the Southern Methodist University in Dallas, Texas, USA.

He says: “My land is limited in size, but I exploit each hectare to its furthest potential.” He started by planting 300 mango trees but hopes to reach his goal of 5,000 trees soon. “I’m using a mango species called Tommy Atkins. That fruit species is in hot demand abroad. I made moves to grow mangoes after I read about avocado farming in New Zealand.”

Prosper currently has seven employees two of whom are college graduates.

“The Boer goat meat is a money-printing machine,” he enthuses. Milton, who has six employees, started with 25 goats and is now nearing 300. Boer goats can weigh up to 200kg each.

Itai credits social media for popularizing farming to young people. “Social media came and we began to see inspirational Twitter and Instagram photos of young Zimbabwean graduates in the mud, in boots, farming acres of onions, tomatoes and carrots, and making brisk business,” he says.

Not all young farmers have access to financing, though. Those without land deeds have difficulty getting financial support, and banks and insurance companies are reluctant to fill the gap. When financing is available for this group, interest rates are usually very high.

A 2020 study by Tobacco Control, which conducts tobacco research, found that about 60 per cent of Zimbabwean tobacco farmers were in debt.

“Without title deeds, it is next to impossible to access prime banking finance,” laments Prosper.

In addition, without adequate storage facilities, an oversupply of produce, especially fruits and vegetables, often knock down prices, significantly reducing earnings for farmers.

Despite these hurdles, young Zimbabwean farmers believe they are making progress. “Our agriculture is rising, and the youth are leading it this time. The future is definitely bright,” says Prosper.