THE rolling power cuts are back with a vengeance, lasting up to 12 hours officially, but it’s not unheard of that residents can go for over 36 hours without electricity. 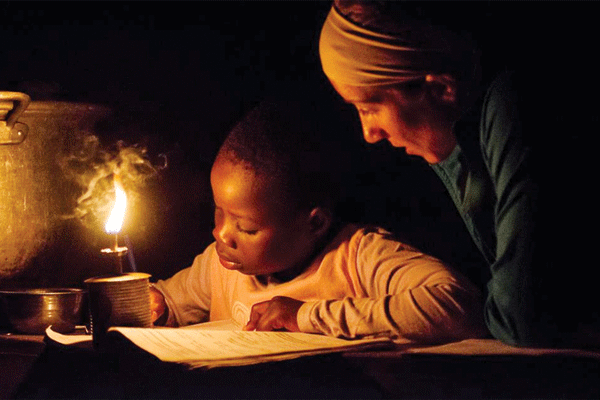 At the weekend, Zimbabwe’s power utility finally published a schedule of the severe load-shedding, despite the outages having been going on for over a month. This is the worst power crisis the southern African country has faced since 2019, when power cuts lasted up to 18 hours at a time.

Finance minister Mthuli Ncube has forecast a GDP growth of 7,8% this year, but the power crisis will dim such recovery prospects. During the previous energy crisis, most companies resorted to generators and a few turned to solar to augment the unreliable power supplies.

The country is already in the throes of a COVID-19 pandemic that has forced companies to shed over 500 000 jobs, according to the World Bank, as businesses closed or scaled down.

The latest power cuts could be equally catastrophic, with mines, companies, hospitals and domestic consumers all hit hard.

Zimbabwe Electricity Transmission and Distribution Company (ZETDC) blamed the latest outages on dam wall rehabilitation at Kariba, which led to 12-hour power generation cuts. The situation is being exacerbated by the frequent breakdowns at Hwange Power Station. The thermal power plant has six units that, as of yesterday, were generating 416 megawatts out of an installed capacity of 920MW.

Currently, only four of the units are in service. Because of age and poor service, when the units do work, they generate less than a quarter of their capacity.

The antiquated plant speaks to a lack of investment in power generation infrastructure over the years, exposing government’s decades of poor planning, lack of foresight and general mismanagement.

While the country has liberalised the power sector, the dominance of the public utility, the Zimbabwe Electricity Supply Authority (Zesa) shows the limitations of the current setup.

Zimbabwe has several Independent Power Plants (IPPs) that have entered the market, and the most significant of these are in the greenfield solar power generation

In June this year, government said it expected IPPS to add 100MW to the national grid from renewable energy projects by the end of this year, and an additional 50MW in thermal power.

Some of the IPPs are companies in different sectors of the economy, that want to produce electricity to meet their operational requirements, with excess output being fed into the national grid.

So far, Zimbabwe has licensed over 45 IPPs with a combined capacity of nearly 7 000MW, more than enough to meet its current demand, although it may still need an additional 4 000MW to realise its dream of becoming a middle-class economy by 2030.

But several things need to happen or to be resolved, especially policy predictability and consistency, as well as currency stability.

The current dispute between Nyangani Renewable Energy, one of the country’s earliest IPPs, and ZETDC is a case in point. Nyangani took the parastatal to the Johannesburg branch of the International Chamber of Commerce over a disagreement on a currency conversion agreement.

Nyangani, which says it is owed US$8,6 million for power delivered from its 15MW Pungwe B hydropower plant, wants to be paid in US dollars. ZETDC wants to settle the bill in Zimdollars. Given the volatility of the local unit, that is enough to put any investor off.