Harare (IANS) Openers Gaby Lewis, and Leah Paul put together a hundred-run stand as Ireland chased down 179 to beat Zimbabwe by eight wickets with 11 overs to spare and take a 2-1 lead in the four-match ODI series. 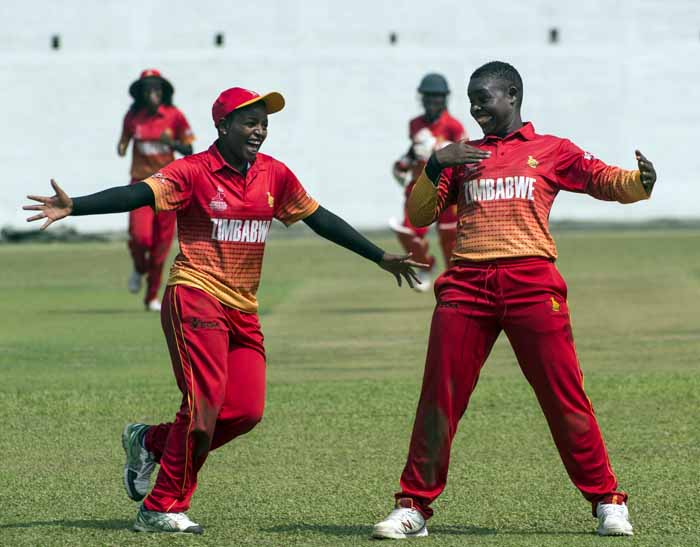 Chasing 179 for the win, openers Leah Paul and Gaby Lewis continued where they left off in the previous game where they each scored a half-century in Ireland’s 80-run win. They ensured that Ireland did not lose early wickets and built a solid partnership to take the team to 37/0 in 10 overs.

Leah and Gaby soon reached their respective fifties for the second game in a row and also brought up their second consecutive 100-run opening stand.

Zimbabwe finally got a breakthrough and broke the 145-run opening stand. Tasmeen Granger dismissed Leah for 63. Four over later, Amy Hunter was Granger’s next victim as she fell for 4.

Gaby and Orla Prendergast then took Ireland to victory with 11 overs to spare, with the former left stranded on four runs short of her maiden ODI century.

Earlier, openers Chiedza Dhururu and Modester Mupachikwa got Zimbabwe off to a steady start with a 39-run stand. The decision to introduce spin and bring Cara Murray into the attack proved to be a brilliant one as she removed the openers off consecutive overs.

Mary-Anne Musonda’s counter-attacking 22-ball 26 helped Zimbabwe keep the scoreboard ticking but her wicket triggered a mini-collapse. The hosts lost three wickets for five runs in a span of four overs, with Leah Paul accounting for two scalps as they lost half their side for 81.

Loreen Tshuma and Precious Marange revived Zimbabwe’s innings with a 34-run partnership but Celeste Raack broke the back of the lower-order with three wickets. The tail did not offer much resistance as Zimbabwe were bundled out for 178.

The two teams will clash in the final ODI on Monday.