FORMER Reserve Bank of Zimbabwe (RBZ) governor, Gideon Gono has been dragged to court for failing to settle a decade-old debt of US$3 million owed to a South Africa-based firm, ASP Marketing. 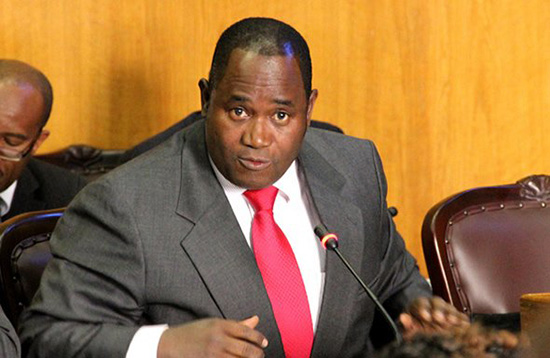 The trial is set to kick off before High Court judge, Justice Joseph Mafusire on March 28, 2022.

Court papers show the debt was after Gono’s company, Lunar Chickens received maize and soya beans between 2009 and 2010 from ASP Marketing.

However, the former central bank boss reneged on payment.

ASP Marketing through their lawyers, Chambati, Mataka & Makonese Attorneys say in 2009, Lunar Chickens entered into an agreement with the company for the sale of 2 209,72 metric tonnes of maize at US$395 per metric tonne.

The South African firm would deliver the maize at Gono’s New Donnington Farm between December 2009 and May 2010.

According to the court papers, the amount has surged to US$3 million due to interest accruing on the debt.

However, in his defence, Gono, through his lawyer, Tendai Biti, said he does not deny taking delivery of the maize but insists he did not owe the company such any amount.

Gono submitted that the ASP Marketing was due to receive shares in Lunar Chickens for the equivalent amount of the delivered maize and soya beans.

The ex-central bank boss said he did not enter into such an agreement, arguing the deal between him and the complainant would be illegal as the payment of hefty amounts in foreign currency outside Zimbabwe required the approval of the RBZ, which he says was never obtained.

“It is denied that Lunar Chickens was a company in a difficult financial position. The breach of contract by the complainant with respect to the equity agreement and the supply of maize and soya beans were the reasons why the company had financial difficulties,” Gono said.

But ASP Marketing has dismissed the defence outline questioning why the ex-governor, in his capacity as Lunar Chickens director, made a payment plan and acknowledged the debt around 2012.

In the court papers, ASP Marketing described Gono as a “failed” director and should be held personally liable for the debt.

“He failed as a director of a company or companies who was a governor of the RBZ at the time, to ensure that the agreements of sale did not breach any Exchange Control and Regulations.”