JOHANNESBURG: A video of home affairs minister Aaron Motsoaledi launching a stinging attack on illegal foreign nationals is spreading on the internet. 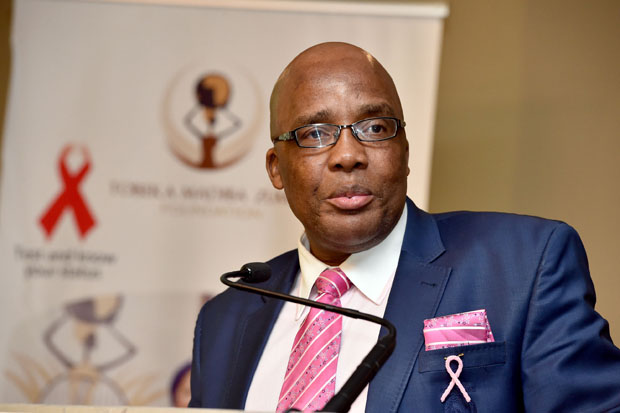 The occasion was his address at an ANC regional conference in the Eastern Cape where the minister pledged that “unlike other coward ANC leaders”, his views on the scourge of undocumented foreign nationals running amok in the country will never be censored.

Motsoaledi said SA is the only sovereign country in the world where it is open season for “rascals” who have committed serious crimes in their countries of birth. With him as political boss at the department of home affairs, this would come to an end with sting operations he has planned to arrest all illegal foreigners, with the priority those engaged in criminality.

The minister called on ANC branch members to sponsor a firm policy position by the governing party on immigration at the party’s national policy conference in June.

Motsoaledi suggested the time for diplomacy was long gone as SA’s ubuntu was being abused by individuals who are pariahs in their own countries.

“One of the things that is contemporary in SA which is a big elephant in the room, and we are trying to run away from that elephant by keeping quiet, is the issue of immigration,” said Motsoaledi.

“Why is the ANC keeping quiet and believing [this problem] will go away? It is not going to go away.

“We must not be scared or embarrassed to mention the truth. I am in home affairs. I know what I am talking about.”

The minister said it cannot be that foreign nationals were engaged in all sorts of crimes in SA with impunity while hiding behind the label “xenophobic” when South Africans call them out for their criminal acts.

“Something is going wrong in our continent and SA is on the receiving end. When you talk, they take a big word and throw it at you and South Africans blink and run away. There is a word called xenophobia. Every time you try to show something is wrong, ‘xenophobia’,” he said.

“We are the only country that accepts rascals. Even the UN is angry with us that SA has a tendency, because of something called democracy, to accept all the rascals of the world.

“When people do wrong things in their countries, they run here. There is that guy from [Czech Republic] named Radovan Krejcir. He ran all the way to come and do nonsense here.”

Motsoaledi said the UN was closing in on a Rwandan national who sought refuge in SA after committing crimes against humanity in his own country.

He said the country should be ashamed of itself for having granted the wanted Rwandan criminal refugee status.

“And we must keep on keeping quiet for fear about the word xenophobia. This must change, comrades. We can no longer allow our country to be the stomping ground for all the rascals and low-lives of the world running here and using our democracy.

“That is not the meaning of democracy. We are not going to allow that.”

The minister said he was aware his hardline stance on illegal foreigners has created enemies who are calling for his head, most of whom are the people he is pursuing.

He gave a message to all undocumented foreign nationals in SA: “I am coming for them.

“When all of them are in jail, locked in and the keys have been thrown away, then I will step down — only then.”

Motsoaledi’s spirited campaign against illegal foreigners was in full steam over the Easter weekend when he visited the Beit Bridge border separating SA and Zimbabwe.