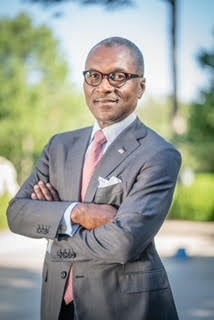 “I have done nothing wrong.” Cummings

Monrovia – Opposition leader Alexander Cummings said allegations of tampering laid against him by the Liberian government had been “laid bare” in a report issued yesterday by British human-rights lawyer, Cherie Blair.

Mr Cummings who plans to challenge president George Weah at next year’s election had been charged with altering clauses of the document that set up a coalition of smaller parties after participants had signed it.

Mrs Blair is the wife of former British prime minister Tony Blair and leads the London law firm, Omnia. Addressing a press conference on Tuesday 24 May, she said she had been tasked by Mr Cummings to “carry out a thorough and independent investigation”, into the charges against him.

Mrs Blair said she had been surprised to find the case against Cummings was being led by Liberia’s solicitor general in what she said appeared to be a “wild goose chase”, driven by political motives.

She said the state had also “overlooked key evidence” in Mr Cummings favour.

Liberia was set up almost 200 years ago as a sanctuary for black slaves who had been freed in the United States and wanted to return to Africa.

However it has suffered a poor record on human rights. In 2012, former president Charles Taylor was found guilty at The Hague of crimes against humanity and is serving a life sentence.

Current president George Weah (55) is ranked among the world’s greatest-ever soccer players. He is credited with placing his team, Chelsea, in the 2000 FA Cup final. Chelsea clinched the game against Aston Villa 1:0.

Critics claim that Mr Weah’s popularity has slipped in the past year.

Using the criminal law to harass the opposition is not uncommon in Africa. The late Morgan Tsvangirai faced multiple charges including one of treason in his campaign to unseat the ruling ZANU-PF party in Zimbabwe.

Since then, several politicians linked with Zimbabwean opposition groups have found themselves accused of criminal acts.

Mr Cummings said it was tragic that “the judicial system in Liberia has been weaponized,” and he said the political nature of the claims made through the courts in Monrovia, “have put our democracy at risk”.

In rebutting the charges, Mrs Blair was joined by the private intelligence firm, Alaco. Following their investigation, Omnia and Alaco have published all the documents linked with the state’s case.

Until he entered politics in 2017, Mr Cummings spent four decades in business, retiring as a vice president of Coca Cola.

He told journalists he remained determined to make George Weah, “a one-term president”.