Rwandan President Paul Kagame has reiterated that President Emmerson Mnangagwa needs to start convincing Zimbabweans that things were fine before he convinces the international community. 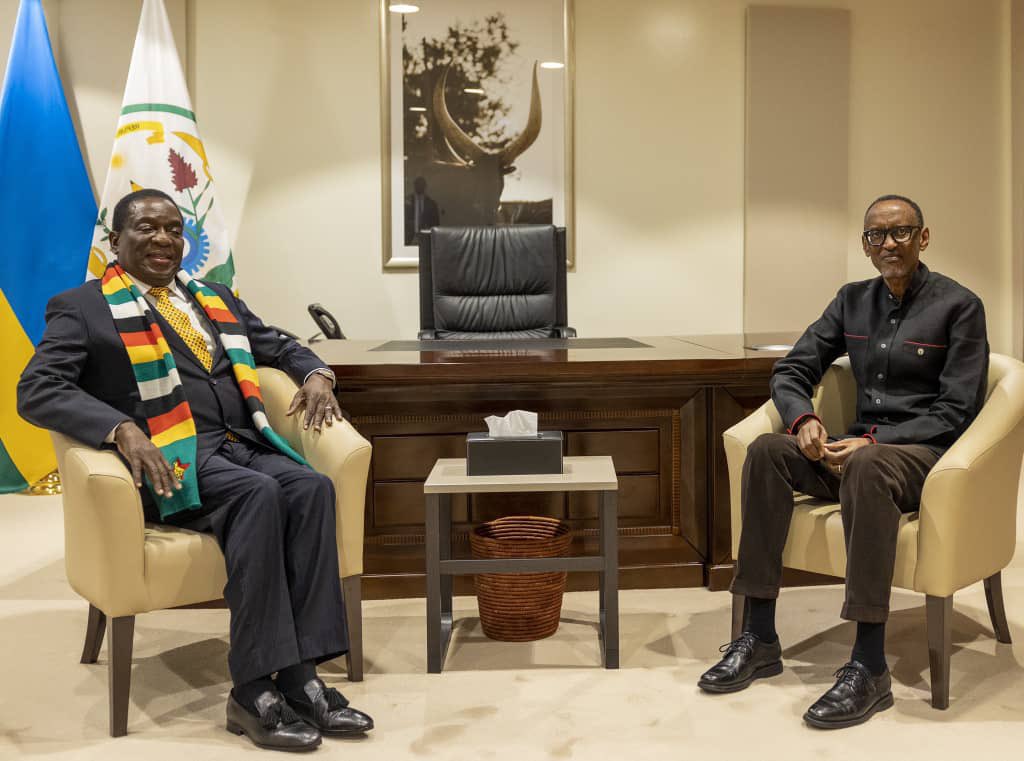 In a meeting held on the sidelines of the current Africa Green Revolution Forum (AGRF) 2022, Kagame said it was high time the Zimbabwean government addressed the real scenario on the ground. NewZimbabwe.com cites him as saying:

You need to work hard to change the perception, you cannot bribe your way through it, you cannot just sweet talk some people, even if they say ok, we agree with you, things will not be fine.

The way the people of their own country feel about what is happening, it will always come out and before you even convince anyone from outside so that they cannot have a wrong perception about you, convince your own people.

Make sure they are with you and say look, whatever you are saying, we feel there is change, so concentrate on making sure your people are involved, they are benefiting, they can themselves push back on this story of perception.

This comes when recent statistics have shown that thousands of Zimbabweans are leaving the country fleeing from the biting economy.

While addressing the media on the eve of Rwanda’s 25th liberation commemorations in Kigali in 2019, Kagame said:

The Zimbabweans are irreplaceable in dealing with their own country. It has to be practical.

I hope all of us understand. Even for us, we want to show we want results. We don’t want anybody to give us credit for nothing.

So, for us, it is to say we can be with you, and work with you and share whatever we can from outside but it’s a responsibility of the Zimbabweans as has been of Rwandans. When it comes to Rwanda, there is no question about it.

We want to do something and convince our own people, later on, convince these outsiders who, or sometimes who would never be convinced. The moment you are with your people, it’s a done deal.

Mnangagwa, like his predecessor, the late Robert Mugabe, have enjoyed respect internationally while they face criticism from Zimbabweans back home.