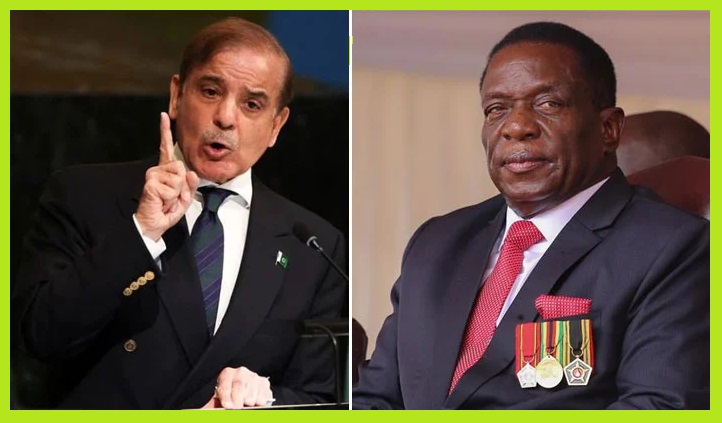 Addressing the President of Zimbabwe regularly on social media, the Prime Minister wrote that we don’t have the real Mr. Bean but we have the passion for real cricket.

Prime Minister Shehbaz Sharif further wrote in a pleasant manner that we Pakistanis have a funny habit of coming back.

Congratulating the President of Zimbabwe, the Prime Minister wrote that your team played very well.

Yesterday, Zimbabwe President Emmerson Dambudzo Mnangagwa took to Twitter to congratulate his team on their win against Pakistan and wrote, ‘Send the next real Mr. Bean.’

It should be noted that in the important match of the Super 12 stage yesterday, Zimbabwe defeated Pakistan by one run and brought the national team to the verge of being out of the race for the semi-finals.