From several kilometers away, the thundering sound can already be heard. The Zambezi River's waters have swollen immensely during the rainy season. In the border region of Zimbabwe and Zambia, the powerful mass of the nearly 2-kilometer-wide (1.2-mile-wide) river is plunging over the edge of a cliff into the abyss below. 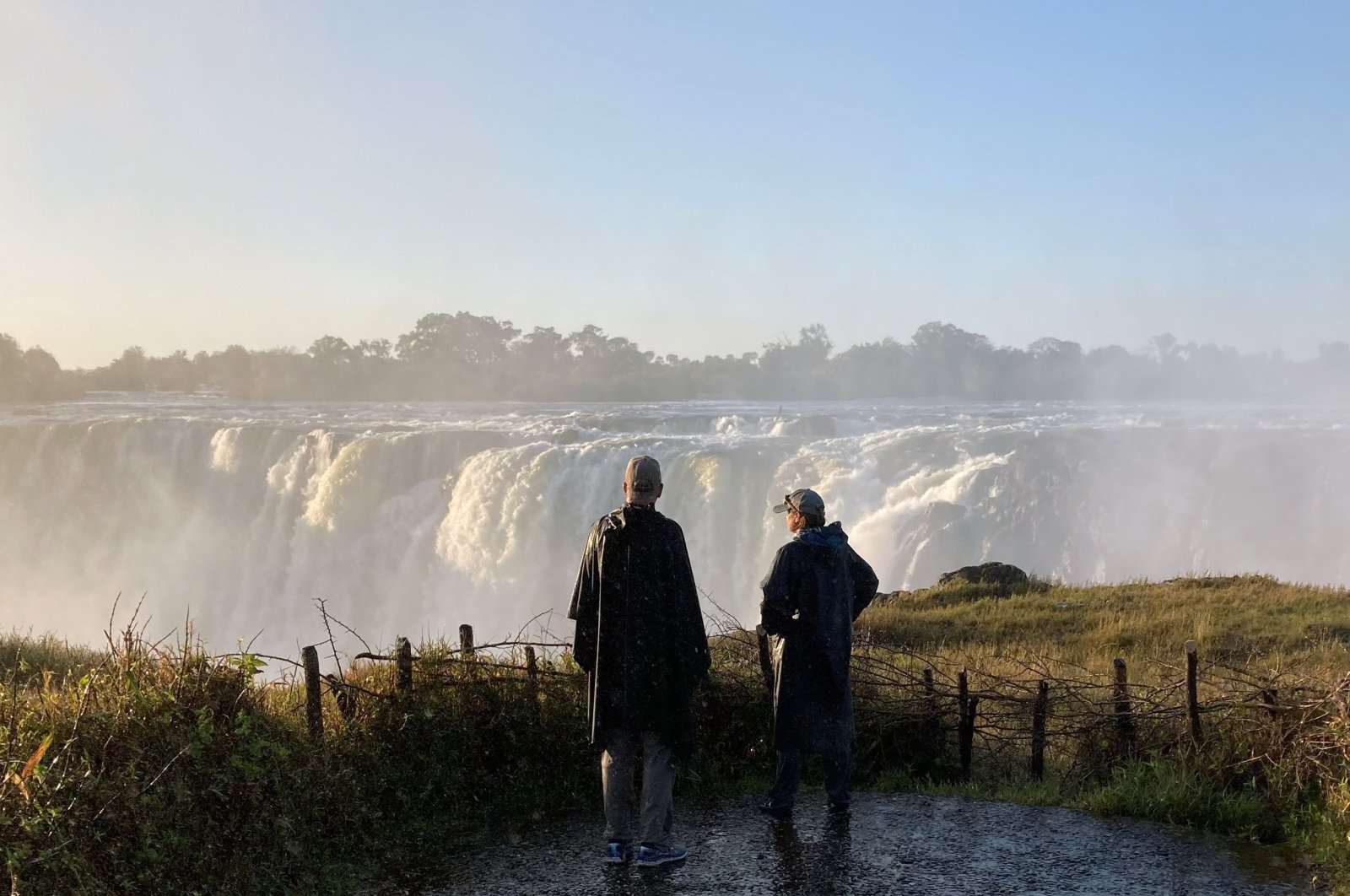 It is best to put on a raincoat when standing close to the falls, Victoria Falls, Zimbabwe, July 6, 2022. (dpa Photo)

This is Victoria Falls, said to be the widest continuous waterfall in the world. English explorer David Livingstone, credited with a European’s first discovery of the falls, named them after Britain’s Queen Victoria. The local inhabitants had a more fitting name for this powerful, unbridled force of nature: Mosi-or-Tuny – “the smoke that thunders.”

The afternoon sun and the rising spray on this summer day have created a double rainbow above the plunging waters. On some of the lookout platforms near the falls, the drops of water from the air are like heavy rainfall. The path alongside the falls leads through a small green rainforest created by the spray.

The Zambezi is not only the border river between Zimbabwe and Zambia. The longest river in southern Africa is also the natural habitat of many wild animals and a paradise for bird watchers. A side trip to Victoria Falls can easily be combined with a safari excursion of a few days. For those who like adventure, they can hire an appropriately equipped car at Victoria Falls for the roughly 40-minute drive to Zambezi National Park.

Only minutes after passing the park entrance, there are more than 20 elephants romping in a watering hole. Further along the road to Mpala Jena Camp, elegant impalas are zig-zagging out ahead of the car.

During a sundown tour along the Zambezi, crocodiles are lolling on the riverbanks, while herds of buffalo and elephants saunter to the water’s edge for a drink. Hippopotamuses can be seen tramping along to graze in the grass.

Inside Zambezi National Park, there’s a bit of Robinson Crusoe feeling awaiting at Mpala Jena Camp with its total of five house tents for a maximum of 14 guests. The sand was brought from the river and spread on the ground of the entire camp area to create a beach setting, while around the bar there are swings. For those needing some relaxation after the safari, there are also hammocks. You can take your breakfast walking barefoot in the sand.