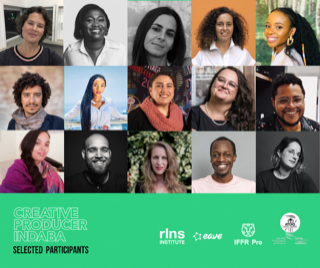 Creative Producer Indaba is presented by Realness Institute, in partnership with EAVE, International Film Festival Rotterdam’s industry initiative IFFR Pro, and the Marrakech International Film Festival’s Atlas Workshops; with the support of IEFTA, Projeto Paradiso and The StoryBoard Collective. The Indaba aims to bring together a hive-mind of producers who are either in the process of developing a film project, or want to collaborate on an African film project, in order to develop their entrepreneurial and leadership expertise, foster their creative skills, and create long-lasting and significant networks.

Film professionals from Africa – Caroline Kganyago-Ralefeta, Lucia Meyer-Marais and Tracey-Lee Rainers (South Africa), Mia Bittar (Sudan) and Pedro Soulé  (Cabo Verde) who have significant stakes in the African film marketplace, with an interest in the development of film projects and co-producing with Africa were selected.

“We are truly excited about this year’s strong cohort for the Creative Producer Indaba,” says Mehret Mandefro, Director of Development and Partnership, Realness Institute. “These producers represent a diverse range of voices and interests with solid or growing networks from Africa and beyond. Following our highly successful CPI last year we have seen how these intense programmes can provide opportunities for filmmakers to move forward with their ideas and projects.”

Kristina Trapp, CEO at EAVE says “We can no longer work in isolation, or in silos, the world has changed and collaboration is key. The CPI creates a solid and safe space for producers to find solution-driven strategies through sharing skills, ideas and networks. We believe the Indaba will also once again help to connect people in a significant and meaningful way.”

“Worldwide we see the success of these kinds of incubators, where professional development and knowledge-sharing has had a profound effect on producers, who often work tirelessly in isolation with few opportunities to benchmark their skills and share their insights,” says  Inke Van Loocke, Head of IFFR Pro . “We look forward to seeing what sparks are ignited at the Indaba this year, and the impact this will have on the projects in development, and others.”

“We look forward to meeting this cohort at Atlas Workshops, as producers gather to hone their skills and share ideas,” says Thibaut Bracq, Head of Atlas Workshops (Marrakech IFF). “It is our vision to work side by side with a new generation of Moroccan, Arab and African filmmakers, and to create a space for exchange between international professionals and regional talents – and hosting the Creative Producer Indaba participants will certainly help achieve these goals.”

The programme is packed with workshops, discussions, case studies, and one-on-one meetings with mentorship focussed on the development of projects that will take them through the whole scope of skills needed to get a film into production and reach audiences. Group Leaders, Mehret Mandefro and Diana Elbaum, and Story Expert, Mmabatho Kau, will be mentoring these producers, with a host of film industry experts in support.

Elias Ribeiro, Head of Studies and Executive Director of the Realness Institute says “We have a brilliant line-up of experts this year who will be meeting the producers including Femi Odugbemi, Katriel Schory and Dayo Ogunyemi, and IFFR Festival Director Vanja Kaludjercic adding their superb skills, insights and guidance during this time.” 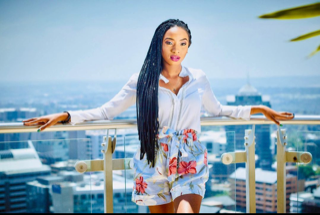 Zoe Ramushu (Zimbabwe/SA)
Zoe Ramushu is a filmmaker [writer-director, producer-actor]. During 2020 she shot two
New York based documentaries ‘It Takes a Circus’, her directing debut which was nominated
for the 48th Student Academy Awards (Student Oscars) and screened at Doc NYC 2021 and
‘To The Plate’ which she produced was shortlisted for a Student BAFTA. In 2021 she
produced ‘Botlhale’, a South African short which was selected to screen at the Lincoln
Center during the New York Africa Film Festival. Zoe is currently writing and producing two
feature films in South Africa, one currently in production with a global streamer, the other
in pre-production Africa’s largest broadcaster.

She studied Law, African Literature &amp; Journalism and holds an MA and MSc from Wits
University and Columbia University in the City of New York respectively. As a fellow of the
Cannes Producers Network, The Gotham (formerly IFP) she has enjoyed success at various
markets, including her showrunning debut, Pretty Hustle, a series which was selected as the
first and only episodic project to pitch at DFM’s 2021 Finance Forum. A 2021 Reuters
Institute Fellow at Oxford University she also chairs a committee for the Dept. of Arts &amp;
Culture in South Africa.