Remittances to Zimbabwe in jeopardy if relatives lose the right to work legally in South Africa. 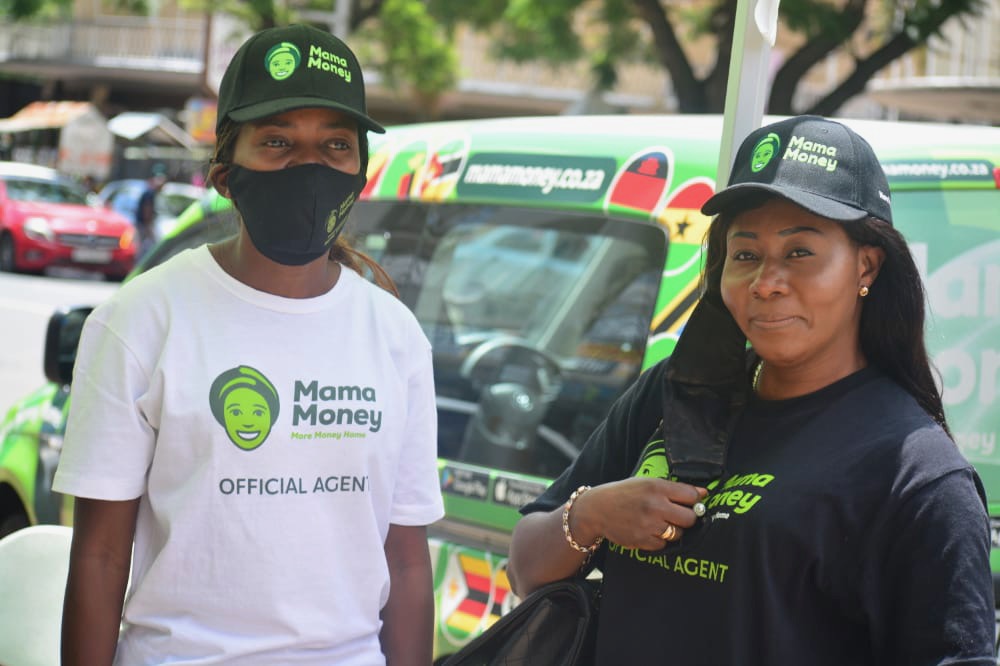 Remittance agents from South African based money transfer operator. (Photo: Suppliedby GroundUp)
“Iam having sleepless nights,” says Violet Matambo. She lives in Harare and depends on money from her brother in South Africa. Matambo is anxious that her brother, who has been working in South Africa as a teacher for more than 15 years, will be forced to leave his job and return home when the Zimbabwe Exemption Permit (ZEP) is terminated.

Her brother teaches in the North West province at a private college. The money he sends home is for the upkeep of his two young children and for her 12-year-old son. His remittances pay the rent for their three rooms in Warren Park, the children’s school fees and their groceries. She supplements this by buying soya mince and making dishes to sell at her church. The family is also about to complete construction of their rural home in Seke.

Matambo says the college has told her brother it will not renew his contract at the end of the year, unless he gets a new permit. “He is a holder of a ZEP. It is difficult for him to migrate to other visas because teaching is not considered a scarce skill,” she says,

It will mean that the family has to relocate to Seke as they will no longer be able to afford Harare and its schools.

Zimbabwe’s Minister of Finance and Economic Development Mthuli Ncube recently told the media that the country received $1.4-billion in 2021 in remittances from its citizens working outside the country.

Zimbabweans use various financial institutions to remit money. Mama Money CEO Nicolas Vonthron told GroundUp, “It’s estimated that the total monthly remittance market to Zimbabwe is between R500-million to R1-billion, through both formal and informal channels.

“We have seen an increase in Zimbabweans registering with Mama Money to send money through a regulated and reliable service. Some of them will be impacted and we are likely to lose some customers. We also have some team members who are from Zimbabwe who will be impacted,” he said.

Vonthron said South Africa will also be negatively impacted. “ZEP holders play a significant role in the country’s economy. Essential sectors like farming and hospitality will be under pressure in an already very tense context, having gone through multiple lockdowns due to the pandemic, as well as inflation. All these will contribute negatively to the tax base needed to support crucial services.”

Tendai Mbada, who lives in Domboshava, for example, makes the 30km journey to Harare every month to collect money sent by her two sons working in South Africa.

“My sons send more than $600 every month to me. I pay $100 to our cattle herdsman, who also doubles as a general hand. The rest is for the school fees and food of their five children and my two orphaned grandchildren,” she said.

“I am old and have been looking after the children. If my sons’ jobs are terminated, then it is doom for the family. The Zimbabwean government does not give its people social grants,” said Mbada. DM