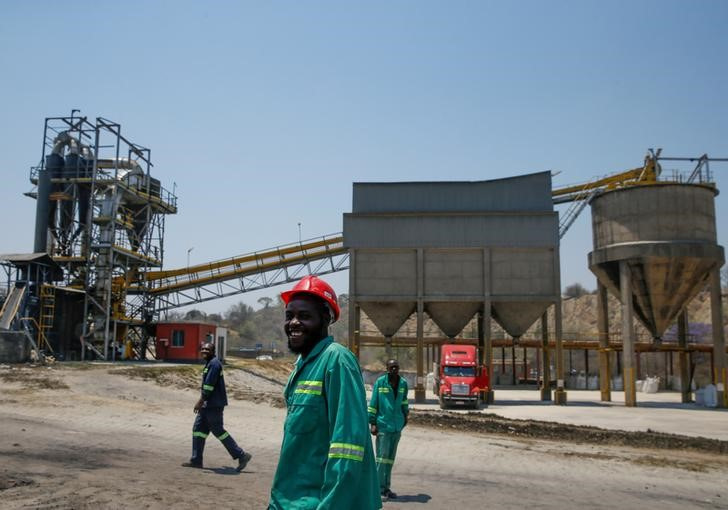 Workers are seen near a processing plant at the Dorowa mine in Hwedza, Zimbabwe October 22, 2019. REUTERS/Philimon Bulawayo

The southern African country has pinned hopes on the mining sector to drive its economic recovery after years of decline blamed on the government’s forced seizure of white-owned farms in 2000 and excessive spending which fuelled hyperinflation.

An industry report published by Zimbabwe’s Chamber of Mines, which represents the country’s major mining firms, says the sector will experience a slower 7% growth next year, from a projected 8% this year.

“Prospects for mineral output growth for 2023 are generally lower than those recorded in 2022. Key risks to the outlook for 2023 include fragile power supply, high costs, foreign currency shortages, an unstable tax framework and capital shortages,” the report says.

Mining costs are projected to increase by 15% in 2023, with energy being the main driver, the report said. Zimbabwe’s miners often suffer power outages due to the frequent breakdowns of the country’s old generation plants.

Zimbabwe’s state-owned power utility gets some electricity from neighbouring countries to plug the deficit and now bills miners in foreign currency to fund the power imports, a move which mining companies say has driven operating costs higher.

Zimbabwe has significant reserves of platinum group metals, gold, chrome, coal, diamonds and lithium and its mining sector contributes about 11% of the country’s gross domestic product and over 60% of its export earnings.