Zimbabwe started with a victory in the first T20 match against Ireland. Ireland could not turn their losing streak into a victory with Zimbabwe's brilliant performance at home. 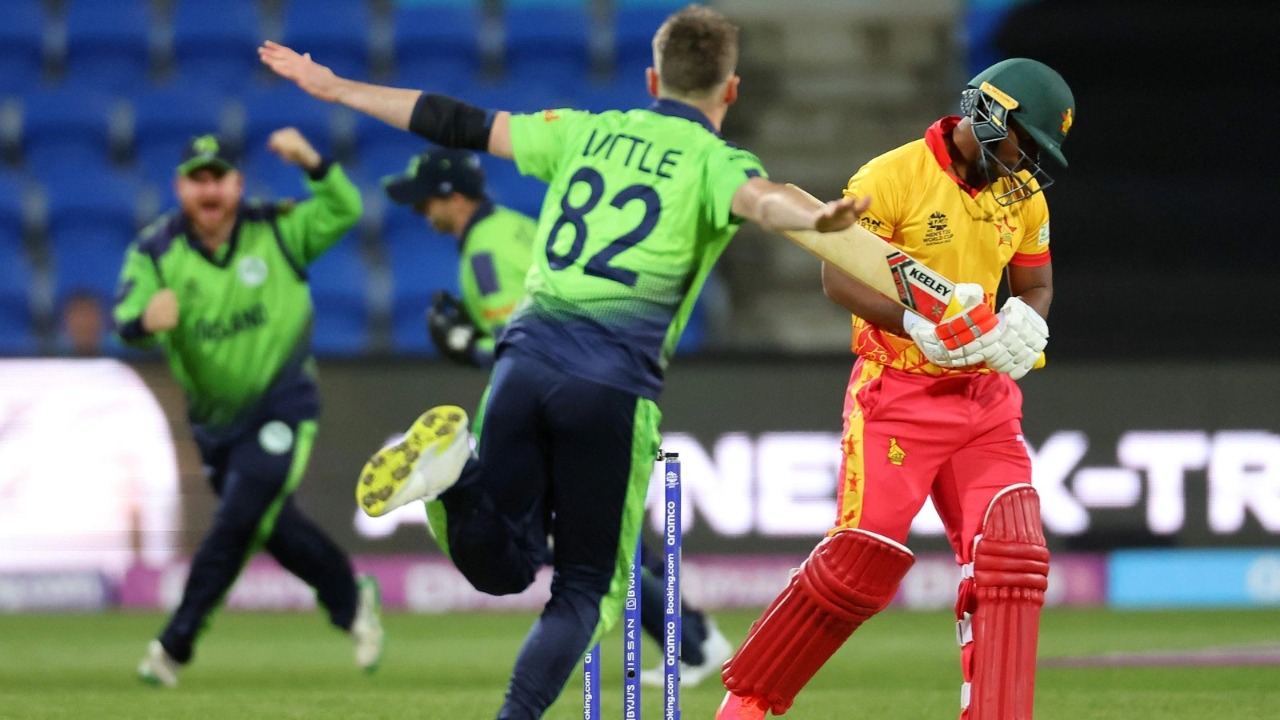 Zimbabwe have taken a one-nil lead in the series after the victory.Zimbabwe won the toss and asked Ireland to bat. Ross Adair started nicely with a flick off his pads to the boundary but struggled with the heavy lengths on offer to him. He was dismissed when charging down the wicket, looking to get on the front foot, only to play the wrong line and see his stumps disturbed by Richard Ngarava.Skipper Andrew Balbirnie joined him not long after carving Tendai Chatara’s rank short ball straight to point. Doheny looked to rebuild, adjusting to the back of a length deliveries well when carving two boundaries over the offside on the back foot. He too perished, though, when Brad Evans pushed his length up, getting one to swing and take the outside edge. From there, spin largely took over.

Ireland found scoring off the slow stuff easier, Curtis Campher pulling out his favoured reverse sweep, but wickets continued to tumble as a pair of Ryan Burl googlies bowled Tector and George Dockrell, while a Wellington Masakadza arm ball got Campher to nick off. Burl and Masakadza added further wickets before Ngarava and Chatara returned to clean up the tail, Ireland failing to bat their allotted overs despite Delany’s attempted fight back with a pair of boundaries over the offside.

According to the schedule, Zimbabwe will also play ODI cricket series from 18th Jan 2023. All six matches will be played at the Harare Sports Club. The ODI series will not be part of the World Cup Super League.