Walter Palmer, the American dentist who killed Cecil the lion on July 1, might never be brought to Zimbabwe for trial. 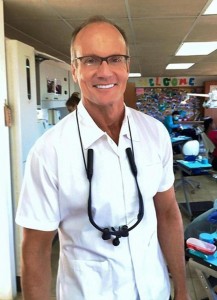 Walter Palmer, the American dentist who killed Cecil the lion.

Palmer allegedly connived with locals to track down and shoot Cecil, a world famous lion, in a trophy hunting excursion that cost around $50,000. The two locals have already appeared in court and are out on bail.
Zimbabwe has had an extradition agreement with the US since 2000 and environment minister Oppah Muchinguri last month said government was pushing for Palmer to be handed over to be prosecuted here.
Sources at the prosecutor generalâ€™s office and the foreign affairs ministry confirmed that the Zimbabwean government commenced the process of seeking Palmerâ€™s extradition.

We want him here
â€œThe papers were processed and handed over to the foreign affairs ministry but we are not sure if they have been taken to the US embassy for action,â€ said an informant from the PGâ€™s office. â€œBut the process is complicated and involves a lot of bureaucracy.â€
A foreign affairs insider said government sought to amicably engage with the US government to ensure that Palmer was extradited. â€œIt seems Palmerâ€™s action (of killing Cecil) is unpopular among Americans as well. However, it is one thing for the US government to consider the alleged killing of the lion by one of its citizens as wrong and another to expedite his extradition,â€ he said.
Charity Charamba, the police spokeswoman, said she was not aware of developments regarding Palmerâ€™s extradition.
Johnny Rodrigues, chair of the Zimbabwe Conservation Taskforce (ZCTF), said his organisation was also in the dark about the extradition. â€œBut the fact is that we want Palmer here so that he can face the law. That would send a good message to poachers,â€ he said.
In the event that extradition attempts failed, he said ZCTF would partner with sympathisers and relevant authorities in the US to ensure that Palmer was tried in that country.
â€œConsidering that there is an extradition treaty between Zimbabwe and the US, the preferred route is to have him here. That is how you set a good example. We want to avoid a situation whereby US poachers would go around the world killing animals knowing that they would never be extradited for trial,â€ he said.

20 years in jail
If tried in the US, Palmer faces a potential five year jail term and a $20,000 fine for breaching the Lacey Act, which enforces the legal protection of endangered species around the world.
In Zimbabwe, the crime carries a maximum jail term of 20 years, in addition to a fine. Collaborators in the crime face a jail term of up to a year and a $400 fine. The deputy chief of mission at the Zimbabwean embassy in Washington, Richard Chibuwe, last month said extradition was governmentâ€™s last resort saying they were â€œtrying other avenuesâ€, at almost the same time Muchinguri announced the intention to have Palmer extradited.
Extraditions from the United States are rare. A US constitutional and international law specialist at the University of Minnesota last month said the process of extraditing suspects was â€œcumbersome and expensiveâ€ for the extraditing state.