â€œEarly marriages, even when they occur with the seeming consent of the child, violate the basic rights of the child, since in terms of the law a child cannot enter into contracts, including that of marriageâ€. 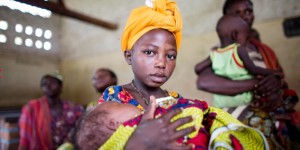 TERMINOLOGY*
â€¢ The practice of child â€œmarriageâ€ is not merely a harmful traditional practice: it is a crime!
â€¢ To call this crime â€œmarriageâ€ is to give it unwarranted legitimacy. It conveys the message that this is a regular rite of passage that is just happening too soon for some girls, rather than an offence that completely and permanently unravels girlsâ€™ lives.

THE LEGISLATION
Certain definitions and clauses in the countryâ€™s national policies and law are in contradiction with the Constitution of Zimbabwe
which defines a child as â€œevery boy and girl under the age of eighteen years.â€
â€¢ The Childrenâ€™s Act [Chapter 5:06] defines a child as â€œa person under the age of sixteen yearsâ€ and a young person as â€œa person
who has attained the age of sixteen years but has not attained the age of eighteen years.â€
â€¢ The Marriage Act [Chapter 5:11] governs civil marriage, states that the minimum age of marriage is sixteen for girls and eighteen for boys, differentiating girls from boys by allowing girls to marry early.
â€¢ The Customary Marriages Act, [Chapter 5:07] which governs customary marriages at law, does not set a limit to the minimum age at which individuals can marry.
The Research and Advocacy Unit, along with numerous other organisations working on ending of early marriages, believes that the first step to take, is to advocate: To ensure national legislation is updated to take Constitutional changes into account. The Constitution states that in section 26 (a) no marriage is entered into without the free and full consent of the intending spouses and (b) children are not pledged in marriage. It also states that every person who has attained the age of 18 has the right to found a family (section 78(1)).

ISSUES AROUND EARLY MARRIAGES
Child marriage can be considered a violation of childrenâ€™s human rights.While boys also marry as children, the early marriage practice affects girls in greater numbers and with consequences which are devastating for their health and well-being.
â€¢ While their peers receive an education child â€œwivesâ€ are denied opportunities to an education.
â€¢ When girls are educated it enables them to have more choices in life and allows them to play an active role in their community and to break intergenerational cycles of poverty, insecurity and ill health. â€¢ They may be treated as domestic servants, forced to work long hours cooking and cleaning, often also as sex slaves in the home.
â€¢ They become wholly dependent on and, under the control of older husbands, often suffering repeated rape, physical and
psychological abuse with no recourse.
They have weak pyscho-social support structures as their families and extended family networks are ashamed of being identified with them because of either religious, and or moral reasons.
HEALTH ISSUES
â€¢ Young girls are especially vulnerable to infection because their vaginal tissues are not yet mature enough for intercourse.
â€¢ Girls forced into marriage prematurely are at especially high risk of contracting HIV from their older, more sexually experienced husbands â€“ and HIV now affects adolescent girls at rates much higher than those of their male counterparts.
â€¢ Girls in marriages to older men lack equal power to negotiate safer sex, are very isolated, removed from school and peer networks with little access to AIDS information and reproductive health services.
â€¢ Early pregnancy is one of the causes and consequences of child marriage.
Girls who become pregnant at a young age face higher risks of maternal mortality and morbidity.
â€¢ Pregnancy during early puberty increases the risk of miscarriage, obstructed labour, ectopic pregnancy, post-partum
haemorrhage, pregnancy-related hypertension and lifelong debilitating conditions such as obstetric fistula.
For further information on the law, the statistics and research on the marriage of young children to older partners: email: [email protected] website: www.researchandadvocacyunit.org
Shonge, M (2011), Married too soon: Child marriage in Zimbabwe, October 2011. HARARE: RESEARCH & ADVOCACY UNIT.
Dube, R, (2012) Sold to the Highest Bidder-The Role of Lobola in Modern Zimbabwe. April 2012. HARARE. RESEARCH AND ADVOCACY UNIT;
Dube, R (2012), Till death do us part? Marriage in Zimbabwe. December 2012. HARARE: RESEARCH & ADVOCACY UNIT;
RAU (2014), Let Them Grow First: Early Marriage in Goromonzi, Zimbabwe. March 2014. HARARE: RESEARCH & ADVOCACY UNIT.
RAU(2015) Marriage in Goromonzi District (June 2015) HARARE: RESEARCH & ADVOCACY UNIT.