A British member of the European Parliament (MEP), Catherine Bearder, has expressed concern at the reported replacement of local staff by Chinese nationals at Hwange National Park. 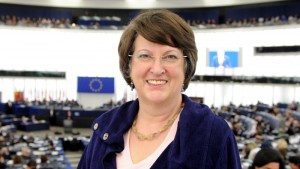 In a letter of complaint to the Zimbabwean ambassador to Belgium, Tadeous Chifamba, dated June 25 2015, Bearder said: â€œI was most disturbed…to hear reports that staff at Hwange National Park have suddenly been removed from their posts and replaced by Chinese staff. It would appear that these new staff are preparing the departure of elephants and lions from Zimbabwe to China.â€
Zimbabwean authorities have for a long time been accused of clandestinely exporting wild animals, particularly baby elephants, to Chinese zoos and other external destinations.
Last year, former environment minister Saviour Kasukuwere, defended the sale of baby elephants, saying it was necessary to raise revenue for the country. However, animal rights defenders are concerned that the removal of the wildlife has been done in a veil of secrecy and the proceeds have not been publicised.
There is widespread fear that high ranking government officials are involved in under-the-carpet deals with their Chinese counterparts for kickbacks. Oppah Muchinguri, the new environment minister, could not be reached for comment as her aide repeatedly indicated that she was locked up in meetings.
The MEP rapped the removal of local staff from the game sanctuary. â€œIt is deplorable that by allowing Chinese authorities to take over these delicate operations, Zimbabwe is derogating its duty of care by excluding local workers who are familiar with the animals and by now have developed a bond with them,â€ she said.
She also charged that local media were being denied the space to monitor and cover the developments at Hwange National Park, a trend she said militated against transparency in the operations at the game reserves.
There have been recent reports that Central Intelligence Organisation operatives, who were gaining from poaching, had stopped a police operation meant to flush out poachers and to seize their firearms. The secret services staff have reportedly built strong links with the poachers and some officers in National Parks and Wildlife, according to sources.
Recently, a wildlife conservationist, Rory Young, was forced to flee the country by alleged CIO operatives who threatened him for his involvement in anti-poaching training.