Zanu (PF) does have an incredible sense of timing. In 1990, when our industry was growing slowly (better than most of Africa in the 1980s), they so forgot their socialist principles that they went running for help to the architects of world capitalism, the World Bank and the International Monetary Fund (IMF). They begged for money. They begged for advice. 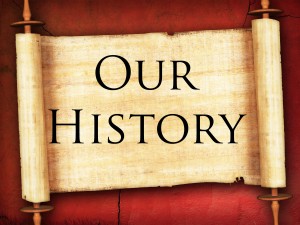 They were advised that â€œglobalisationâ€ and â€œtrade liberalisationâ€ were the way forward. They were not told that the agenda for Africa, only admitted to the big financiers, was â€œde-industrialisationâ€. They took the advice, and with it they were hooked on de-industrialisation.
In 1990, we grew plenty of good quality cotton and we had the skills and equipment to produce textiles and turn them into clothing. We protected this developing industry by putting import duty on clothing made outside Zimbabwe. What mother, on giving birth, walks away and leaves her infant to fend for himself?
Heâ€™s going to need her help for a long time. Our clothing industry was an infant, walking a little unsteadily in a world where the big boys were running in the Olympic Games.
It needed those tariffs to encourage us to buy local products. Later, when our industry was big enough to export and compete with the big boys, we could have removed the tariffs.

The big boys
But no, Uncle IMF and his friends in the World Bank said markets must be free; our infant industries must be left to compete in the same race as the big boys. If tax-free foreign clothing was cheaper, then locally produced clothes must become cheaper, they said. That meant paying less to the people who worked so hard to produce our cotton and turn it into shirts, skirts etc.
We had people-oriented policies in the 1980s, including a law setting minimum wages for our workers and a Cotton Marketing Board (CMB) that gave cotton farmers reasonable prices, lent them seed, fertiliser and pesticide inputs to produce it and when they sold the crop at a higher price than they had expected at planting time, gave the farmers a share of the extra profit. Paying less meant less for either the farmers, factory workers or both.
Uncles IMF and WB said CMB must privatise and let farmers sell where they like. CMB became CottCo, but managed to offer farmers a better deal than international companies like Cargill.
But the tariffs were removed and our clothing workers could not compete with the sweated labour of south-east Asia. We saw floods of cheap imported clothing and, because prices were rising all round, many people bought the imports. That might have been a good time to restore tariffs and tell our uncles in IMF and WB that their policies did not work for us. Government only insisted that we follow the ESAP those uncles had given us.

Quick cash
About 20 years later government had fallen out with those uncles and was looking for new ones. A Chinese company, Sino-Zim, came to buy cotton from the farmers. They went around offering more cash than farmers would get under their contracts with CottCo. High government officials, we are told, encouraged the farmers to accept this offer, but they didnâ€™t remind them that the cash price from CottCo represented a higher market price less the cost of the inputs CottCo had given them. Many took the quick cash. Then, next season, Uncle Sino-Zim wasnâ€™t lending any inputs and farmers saw their costs rocket. They went back to CottCo, who wanted to help, but couldnâ€™t do anything till they were paid for last yearâ€™s inputs.
So CottCo got no cotton to sell and lost the price of the inputs. The farmers would make no profit at Sino-Zimâ€™s prices. Our cotton exports, worth $233 million in 2012, dropped to $79 million by 2014. Now our clever, people-oriented government bans imports of the only clothes many can afford. What are we to wear? We know theyâ€™ll punish us if we walk around naked, but whatâ€™s the alternative?