Jameson Zomba*, 47, of Highlands, Harare, came to work Wednesday last week bright and early, raring to go like he did every other day. Having been with his employer, a city centre company, for over 20 years, his work had become like a second home to him, almost as natural a habitat as his own skin. 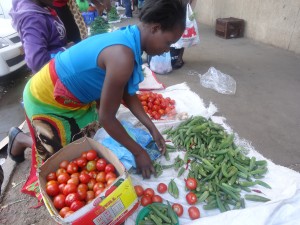 Since the July Supreme Court ruling many employers have gone into a â€˜termination frenzyâ€™.

No sooner had he settled in his office, than a letter was handed to him announcing that he had been, what!, terminated. The shock of it!
He read in disbelief â€“ not once, not twice but three times over – that even though he had three months notice of termination, he had to, with immediate effect, vacate the premises and return any company belongings in his possession. In just a few minutes and in a â€˜toxicâ€™ six-paragraphed letter his dreams and hopes for a later retirement in comfort were erased. Completely. Without a trace!

Few miserable boxes
No longer would he reap the benefits of a package which he had always thought was his for the taking whenever he chose to leave employment before retiring. The years he put in diligently year after year for more than two decades collapsed like a deck of cards. Right before his eyes. So it was that, although he had driven in to work that morning in the posh car he had been given by the company, he had to leave with a few miserable boxes of personal belongings with no transport of his own.
In unbelievable desperation, he had to ask a relative to give him a ride home. Gone were the perks of a plush job. Just like that!
Elsewhere in the city of Harare, Berita Nduramo*, a 38-year-old mother of four who is widowed has been grounded and has no idea where rent for the next month is going to come from. Her vending venture came to an abrupt end when vendors were banished from the city centre a few weeks ago where she used to get customers for her vegetables.
Now forced to relocate to a site on the outskirts of town where traffic is slow and far between, she is lucky if she gets two customers a day.

No idea
Where in the past she used to take home an average of $ 15, now she is lucky to make $3 a day. â€œThe going has been truly tough,â€ she said, desperation oozing out of her every pore. The children need food on the table, clothes, medication sometimes, she says, electricity and water utilities not to mention what she owes in school fees and monthly rentals of $70 for her two-room lodgings.
Pardon Siwela*, 27, from Budiriro had his livelihood gutted last week when his stall and wares were torched in a fire at the Glen View home industries – where many like him toiled daily to produce furniture and other utilities for sale as a form of their livelihoods. Today, a few days since the fire, Siwela a married father of one, still has not come up with Plan B. How the month will end, what he will do next, he has no idea. â€œI donâ€™t know where to start,â€ he said, adding that for now he is relying on the kindness of relatives for food and other essentials. Zomba, Nduramo and Siwela represent the thousands of Zimbabweans whose livelihoods hang in the balance in a country where the assault on livelihoods is hitting hard from all angles. Against a background of a halting economy, life has reached unprecedented levels of desperation.

No relief in sight
Households not only in the capital but across the country are bristling with uncertainty and hopelessness. Whichever way you look at it, desperation for a majority of breadwinners in this country has reached fever pitch, with no relief in sight.
Although the formal sector had since the turn of the millennium been steadily but surely shedding jobs, a July 17 ruling in the Supreme Court paved the way for companies to offload employees when it provided that all an employer needed to do to terminate employers was only to give three monthsâ€™ notice without the obligation of providing a severance package. The inability to provide retrenchment packages for excess labour force had seen companies holding on to employees it no longer wanted. Since the fateful ruling many employers have gone into a â€˜termination frenzyâ€™ churning out employments they feel have been saddling them at a time when the companies can ill afford them. Since July 17, more than 10 000 employees have lost their jobs. Experts say that companies which have offloaded employees may have done themselves a favour, but that their â€œsolutionâ€ brings with it untold negative effects on the country as whole.

Employerâ€™s burden
â€œOne needs to look at the numbers of retrenched people to ascertain the burden that employers have been battling with,â€ says Dr. Gibson Chigumira of the Zimbabwe Economic and Policy Research Unit. â€œFrom an individual firmâ€™s base the â€˜problemâ€™ is â€˜solvedâ€™ but from governmentâ€™s point of view this creates problems in the end.â€
According to Chigumira, the major challenge for government about these terminations is what to do with the people now out of work. â€œThis creates social problems. Also critical is that the aggregate demand for goods and services has been greatly reduced by this. What the companies have simply done is to transfer the problem,â€ he said.
While applauding what the employers have done, independent economist John Robertson said the positive benefits of the terminations would only be reaped much later.
â€œIt (the terminations) will help a great deal but only in the longer term. The cost of employing people has been taking a toll on companies for much too long especially because labour in this country is too high compared to that of other countries. Labour costs plus other costs of doing business have been making companies in this country uncompetitive. It will take time to show benefits but this is the process to take. This is certainly the way to go,â€ Robertson said.

20,000 vendors
Meanwhile, the sweeping off the streets of vendors who had been flooding the city centre with various wares for sale to eke out a living through that, has brought with it its own set of woes. While designated vending spaces have been provided by local authorities vendors were loathe to patronise them as they are situated in far off places away from the customersâ€™ traffic.
The vendors, who are estimated to be 20 000 in number, mostly comprise of unemployed youths and men and women failing to get employment or who were chucked out of struggling companies. Although the government does not officially acknowledge it, independent statistics place unemployment in the country at more than 90 percent.
Meanwhile government has said it is reviewing its legislation to stop employers from terminating employees wholesale. But while the executive takes its time to go through the long winding bureaucracy that comes with amendments of laws, more employers continue churning out workers. Who knows how many will have fallen by the wayside by the time government arrest the situation â€“ if it ever does. And what will happen to our society when government retrenches the thousands necessary to reduce its own employment costs from 80 to 40 percent?
*Not their real names.